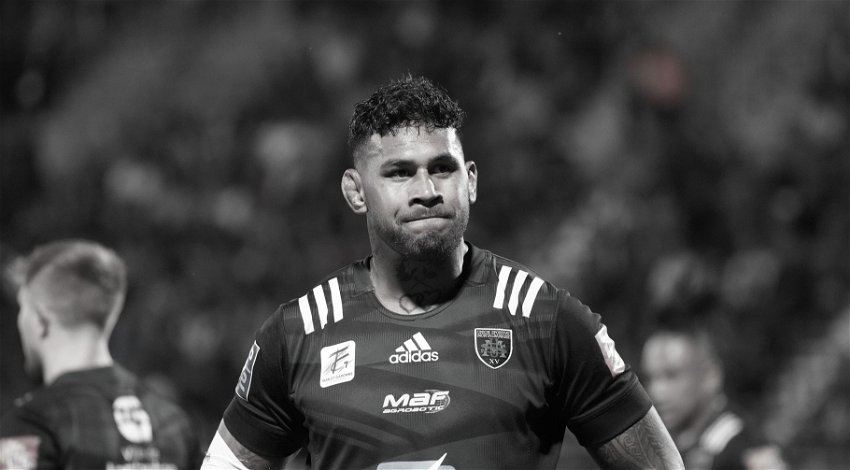 Samoan Rugby star Kelly Meafua died in the early hours of Saturday morning according to his USM Sapiac Rugby team.

The team announced the death of Samoan Rugby star Kelly Meafua in a press release on their official website which read:

“It is with sorrow that the USM Sapiac announces the death of Kelly Meafua during the night of Friday to Saturday.”

“The 32-year-old player fell in the Tarn in the early hours of the morning and did not survive. One of his team-mates tried to rescue him, without success. ”

“He was taken to hospital for hypothermia and was released this morning in good health. All training sessions are suspended until further notice.”

“The entire USM Sapiac club is shocked by this tragedy, and has a thought for his wife, his children, his teammates, and more generally, all the lovers of the club. Kelly was a player very much appreciated by all, his joy of living was communicative and radiant.”

“Today we have lost a player, a friend, a brother.”

Since the announcement of the death of the rugby star, tributes have since flooded social media:

“Several hundred people gathered in Montauban at the Sapiac stadium to pay tribute to Kelly Meafua, a player of the French national team @UsmSapiacRugby who tragically passed away on Saturday morning @totem_radio”, read one tweet.

“The president of @UsmSapiacRugby Jean Claude Maillard: “Kelly must be looking down on us with his huge smile, Kelly always had a smile,” read a follow up tweet by the same account.

Such a tragedy seeing Samoan Kelly Meafua lose his life celebrating a @UsmSapiacRugby win over Narbonne in the @proD2,” read another tweet.

“Schedule for the public tribute to Kelly MEAFUA at Sapiac: 5:30 pm: Opening of the stadium 6pm: Start of the ceremony #AllezSapiac,” read a tweet posted on Monday, May, 9, by USM Sapiac Rugby team.