Time Lord history as BBC reveal the new ‘Doctor Who’ 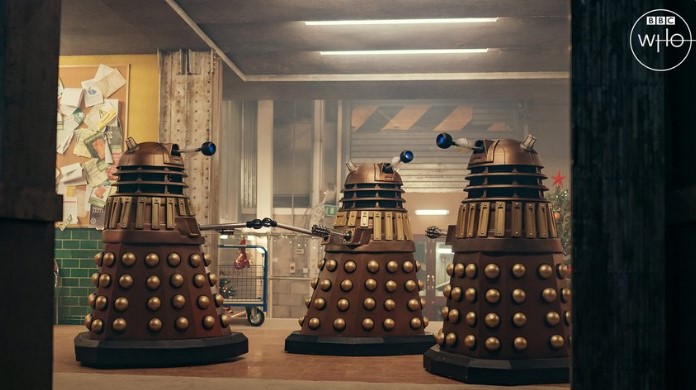 Image of the Daleks, Doctor Who's enemy. Credit: [email protected]

Sex Education actor Ncuti Gatwa has been revealed by the BBC as the new ‘Doctor Who’, replacing Jodie Whittaker

After what seemed like an eternity, the BBC has today, Sunday, May 8, finally announced the name of the actor who will play the new ‘Doctor Who’. Ncuti Gatwa, who played Eric Effiong in the Netflix series ‘Sex Education‘ has been cast in the iconic role.

Rwanda-born 29-year-old Scottish actor Gatwa will take control of “that blue phone box show”, the Tardis. He will undoubtedly embark on gripping travels through time and space when he becomes the 14th Time Lord to re-generate.

Gatwa will also be blessed with the scripts of Russel T Davies, who the BBC revealed will return as showrunner. Davies previously worked on the show from 2005 to 2009.

“There aren’t quite the words to describe how I’m feeling. A mix of deeply honoured, beyond excited and of course, a little bit scared”, Gatwa said of his new job.

He added, “This role and show mean so much to so many around the world, including myself, and each one of my incredibly talented predecessors has handled that unique responsibility and privilege with the utmost care”.

Diehard Doctor Who fans are known to be notoriously hard to please, but social media was buzzing with positivity over Ganda’s appointment. “Congratulations Ncuti Gatwa – you’re brilliant in Sex Ed and I’m sure you’ll make a great Doctor”, one user wrote on Twitter, while another posted: “Ncuti Gatwa is the 14th doctor, oh my god. What a guy”.

Check out the trailer for the Jodie Whittaker’s final outing as The Doctor this Autumn , courtesy of @bbcdoctorwho

The Thirteenth Doctor faces the forces that mass against her in her final adventure. Autumn 2022. pic.twitter.com/qztTwmLCaP