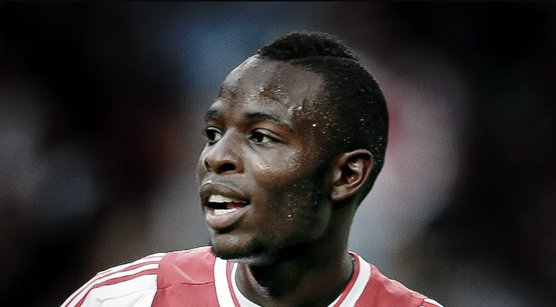 Tributes have poured into social media after DR Congo and former Ajax footballer Jody Lukoki died at the age of 29, according to media reports on Monday, May 9.

Right-winger Lukoki, who played 35 official matches with Ajax between 2011 and 2013, won three Dutch league titles after coming through their youth teams in 2008.

He debuted in Ajax’s home league match against Feyenoord in 2011, coming on as a substitute for the last 10 minutes of the game, which they won 2-0.

Then head coach Frank de Boer used the DR Congo player in eleven matches in 2011/2012, scoring two goals as the side clinched their 31st league title. During that season, the youngster also made his Champions League debut.

In 2012/2013, De Boer played the winger in 22 matches. He scored three goals during that season which saw the Amsterdam club complete the triple by becoming champions for the third time in a row.

Following his release from the club, Lukoki played in Bulgaria for Ludogorets and in Turkey for Yeni Malatyaspor, before securing a move back to the Netherlands with FC Twente at the beginning of this season.

Sadly, following a knee injury, the player capped three times by Congo was released by the club in February.

A tweet from Ajax read: “Our former player Jody Lukoki has passed away at the age of 29. Rest in Peace, Jody.”

Our former player Jody Lukoki has passed away at the age of 29.

FC Twente’s technical director Jan Streur said: “It is unbelievable. At this young age. So sad. This is really terrible. We sympathise with his family and friends.”

Another one of the 29-year-olds former clubs, PEC Zwolle, also paid tribute: “PEC Zwolle has learned with dismay and sadness of the far too early death of former player Jody Lukoki. Lukoki will forever be remembered as PEC Zwolle’s first goalscorer in an official European game.

“PEC Zwolle wishes the relatives of Jody Lukoki a lot of strength to bear this enormous loss.”

No cause of death is unknown.

On March 22, the Cameroon goalkeeper survived intact after his vehicle was involved in a collision with two other cars.