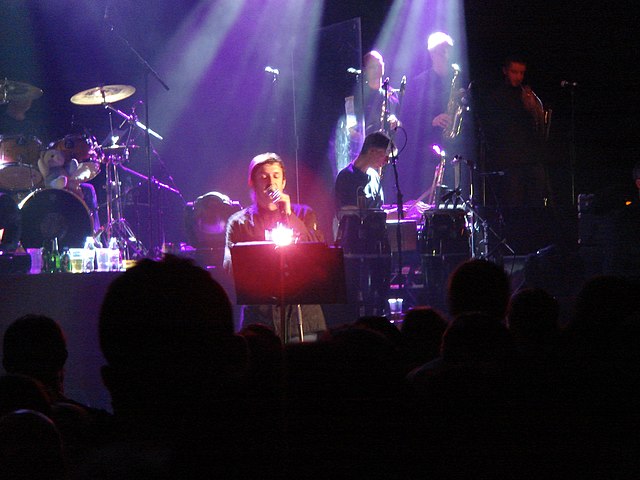 Paul Heaton, the former lead singer for the Beautiful South and the House Martins, put cash behind 60 bars across the UK on Monday, May 9 providing free drinks for everyone to commemorate his 60th birthday.

Heaton said he came up with the idea to pay the bill at 60 pubs, as these all held a special place in his heart.

Here’s a list of all 60 pubs taking part in Paul’s birthday tomorrow (Monday). Thanks to all the pubs and to everyone who visits them. It would be great to see photos of you all enjoying your free drinks and celebrations at each pub throughout the day! https://t.co/QNONRGr8Tp pic.twitter.com/xPzE5W4xiN

The singer, who is now performing as a solo artist, originally planned to stage a bicycle tour that would have seen him perform at these 60 pubs. But the pandemic put paid to that idea with the planning required, affected by the lockdowns.

Heaton said that the pre-recording he needed to do was also delayed as a result of the pandemic restrictions.

Announcing the plan on his Twitter page, Heaton told his more than 110,000 followers that he wanted to thank his supporters by paying for rounds of drinks. He didn’t say how much he had given the pubs involved, but told them to drink until the money ran out.

The post read: “To celebrate my 60th birthday (on Monday, May 9) I’d originally intended to do another bicycle tour, visiting & performing at 60 pubs across the UK and Ireland. However, due to recording delays caused by the pandemic, I’ve had to shelve these plans for the time being.”

Many supporters took to his Twitter page posting photographs of them enjoying their free drinks, with comments ranging from “HAPPY BIRTHDAY!! Thanks for our pints we it’s happy hour again xox” to “Happy Birthday @PaulHeatonSolo, cheers for the beers at the Minerva Inn in Plymouth! Cheers Biscuit Boy!”

Perhaps one of the most unusual ways to celebrate a birthday but for the former Beautiful South singer who has performed up and down the country, bars and in particular the 60 pubs at which he left cash mean a lot to him.