Former Haitian Senator extradited to US for President murder conspiracy 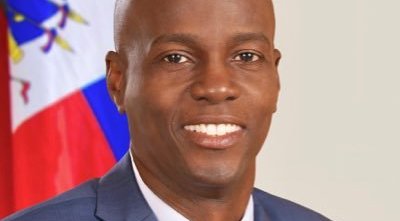 The Former Haitian Senator had his initial appearance in federal court in Miami on Monday, May, 9.

The Former Haitian Senator, John Joel Joseph, was extradited from Jamaica to the United States on Friday, May, 6, to face charges of conspiracy to murder or kidnap outside the United States and providing material support with knowledge or intent that such support would be used to prepare or carry out the murder or kidnapping conspiracy against the Haitian president Jovenel Moise.

If convicted, he could be sentenced to life imprisonment, as reported by 20minutos.

According to the criminal complaint, Joseph and others, including some 20 Colombian nationals and several Haitian-American dual nationals, participated in a plot to kidnap or kill the Haitian President, who was assassinated at his residence on 7 July 2021.

Joseph was arrested in Jamaica in January along with his wife and two children.

In March, he agreed to be extradited to the United States. In the meantime, his family applied for asylum in Jamaica, but it was unclear whether the Caribbean island government would grant it.

According to a Haitian National Police report obtained by The Associated Press last year, at least one person identified Joseph as one of the leaders accused of planning Moise’s murder.

The person said Joseph paid in cash for the rental cars used by the suspects and met with them before the murder.

Joseph is one of more than 40 suspects arrested for the assassination and the third to be extradited to the United States for trial. Meanwhile, the trial in Haiti has dragged on and at least two judges have dropped the case.

The other two suspects recently extradited to the US are Haitian-Chilean businessman Rodolphe Jaar, arrested in the Dominican Republic in January, and retired Colombian military officer Mario Antonio Palacios, arrested in Jamaica in October.