Markle for president: Joe Biden’s sister gives nod to Meghan to lead the US 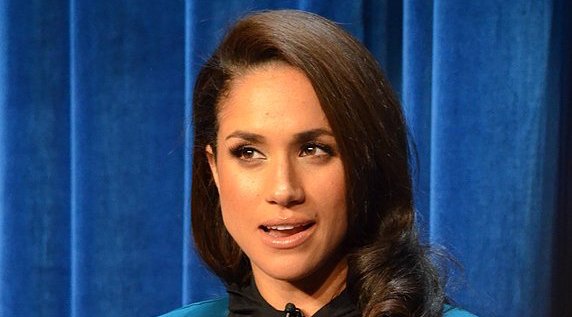 Markle for president: Joe Biden's sister gives nod to Meghan to lead the US. Genevieve, CC BY 2.0

THE sister of US President – Valerie Biden Owens – has backed Meghan Markle to lead the US in the future and hopes for more women to get into politics.

Speaking to ITV’s Good Morning Britain, Valerie Biden Owens said “of course” Prince Harry’s wife, Meghan Markle, could end up being US president and has backed more women to get into politics.

Asked whether Ms Markle would “make a good potential candidate one day maybe for president”, the 76-year-old told GMB on the show’s Tuesday, May 10 episode: “Yes, of course, she will.”

“It’s wonderful to have women in politics,” she said.

“The more women we have, the better our democratic system will work.”

Ms Owens stressed that women, such as Meghan, would bring “a better point of view, a different point of view.”

She added: “We embrace all women and we welcome her to come in and join the Democratic party.”

According to a source of The Sun in 2021, the 40-year-old royal has been planning a run for the US top spot and is ‘currently networking among senior Democrats’ ahead of the 2024 elections, where she compete against a then 82-year-old Joe Biden.

And it appears that Ms Markle has always had ambitions of becoming president.

Speaking in 2015, she reportedly told Piers Morgan, who recently described her as a ‘money-grabber’: “As a kid, I wanted to be either the president or a news broadcaster like you”.

Former editor of The Times, Sir Simon Jenkins once wrote: “Her friends and associates affirm that she is a political animal. Such is her fame, she could perfectly well follow a route taken by a certain Ronald Reagan.”

The Sun also noted that an upcoming tell-all book from biographer Tom Bower about the mother-of-two would contain “extraordinary information” about the former ‘Suits’ actress.

“It is an astonishing story of a woman who came from nothing and is now a world figure and has trampled on all those others on the way which is classic for the sort of people I always choose, whether it’s a politician or a tycoon,” he said describing her rise to prominence.

“It is a story, an untold story. I have found out things which are really quite extraordinary about her.

“And I think that the public perception of her will be either confirmed or outraged, or in any case, it’ll be a great surprise.”