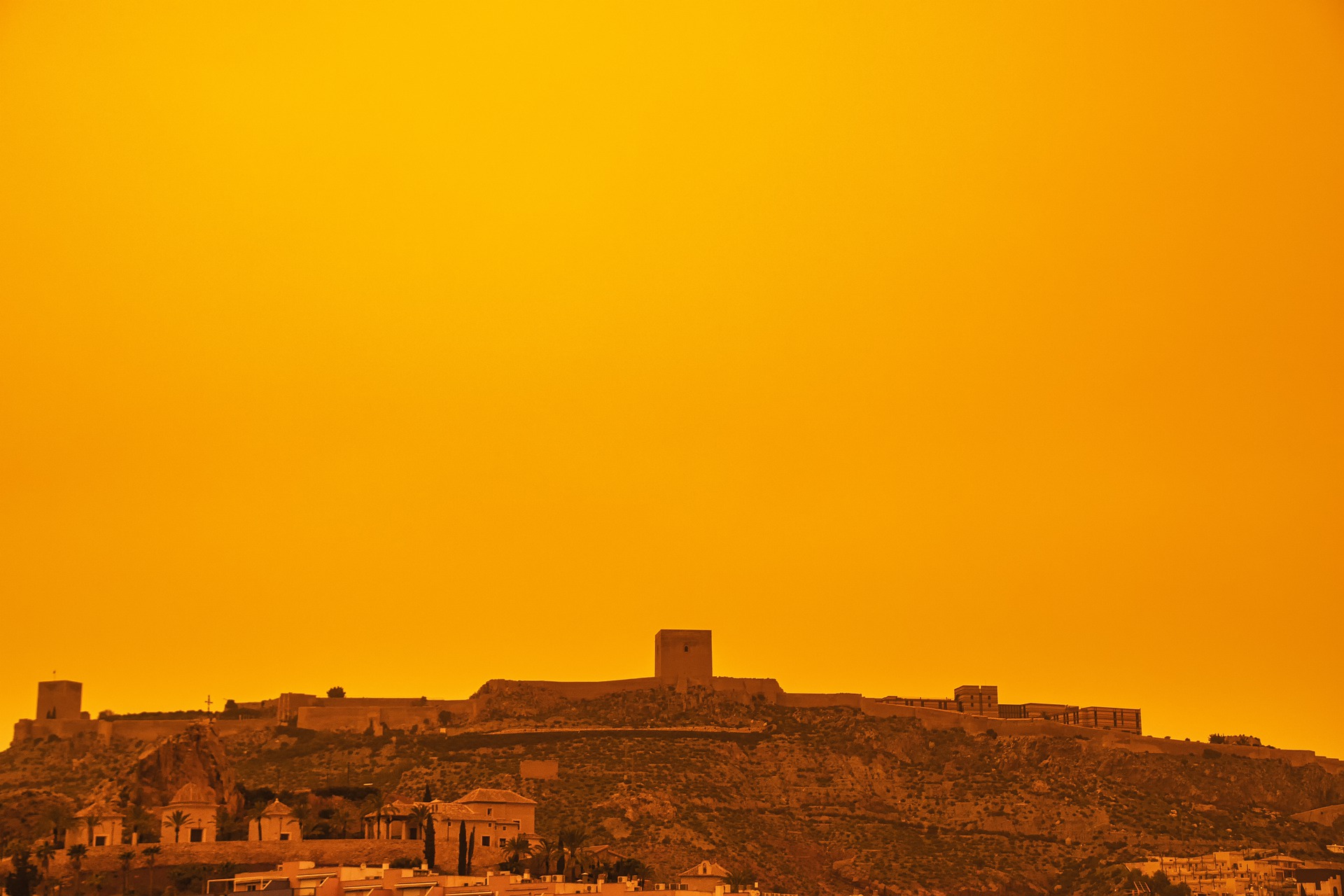 According to the State Meteorological Agency of Spain, the South of the Peninsula will see Saharan dust arriving on Thursday, May, 12.

The official weather forecast issued by the State Meteorological Agency of Spain (AEMET) concerning the Saharan dust and temperatures in Spain over the coming week stated:

On Wednesday, May, 11, a haze caused by the Saharan dust is expected in the centre and east of the Canary Islands, initially not very intense and with a tendency to retreat.

Maximum temperatures will fall in Galicia, the eastern Cantabrian Sea and the Canary Islands, but will continue to rise on the Atlantic coast of Andalusia and a large part of the northeastern interior of the peninsula.

Minimum temperatures will fall in the Canary Islands and on the coasts of Cadiz, Malaga and Galicia and will rise in the rest of the Peninsula and the Balearic Islands. Highs will exceed 30 degrees Celsius in areas of the northern plateau, the middle Ebro and the west of the southern plateau and Andalusia.

On Thursday, May, 12, there is also a probability of haze originating from the Saharan Dust in the extreme south of the peninsula and around Alborán, as well as in Ceuta and Melilla.

On Friday, May, 13, there will also be haze from the Saharan Dust in Ceuta and Melilla which may extend to much of the southern half of the peninsula, being more likely in the south and around Alboran.

A rise in maximum temperatures is expected in most areas, more pronounced in the Balearic Islands, the east of the southern plateau and the interior of the eastern Mediterranean area of the Peninsula as well as in the interior of southern Andalusia.

Minimum temperatures will rise slightly in the southeast interior, in the Balearic archipelago and in the northwest third of the Peninsula. Decreasing or with little change in the rest.

The forecast of the Saharan dust comes alongside unusually high temperatures expected from May, 9, to May, 16.