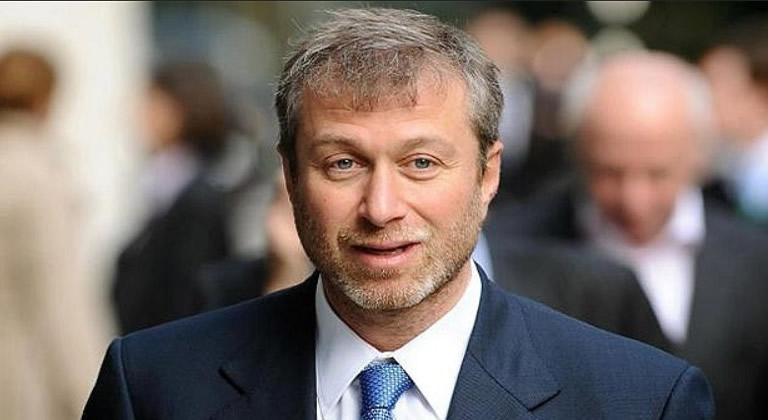 Despite what Moscow might wish us believe, that sanctions aren’t hurting the country, it certainly is hurting the rich as oligarchs see their fortunes tumble as they drop off the Forbes rich list.

Those that have been the subject of sanctions have seen prized possessions impounded or blocked, with everything from art to savings to super yachts held by countries around the world.

The majority of those affected are either or were close to Russian President Vladimir Putin, having made their fortune on the back of the Soviet Union’s collapse.

With their fortunes made, many of them looked abroad where life seemed much rosier with everything from better weather to a rich and famous lifestyle attracting them away from their homeland.

But that move has been costly as Putin’s war takes the country back to Cold War times, according to The Moscow Times.

More than 100 oligarchs have, according to a report by The Moscow Times made Britain their home or as it has been dubbed, “Londongrad”, by those looking for a haven for their money. Many of them and their families have been hit with sanctions, forcing them either to head back home to Russia or to struggle on in their adopted country.

In the US nearly 140 oligarchs have been affected and around 30 in the European Union.

In Britain, more than 100 oligarchs and their families have been slapped with restrictions. The United States has sanctioned 140 and the European Union more than 30.

Last month, Forbes magazine removed 34 Russians from its annual billionaire list, citing the sanctions that are hurting the Russian rich.

In the words of The Economist:  “The welcome mat is now being taken away.”


Grant Shapps, the UK’s Transport Secretary agrees, saying that sanctions were designed to hurt them, to deny them access to their luxuries and lifestyles.

Alex Nice, a Researcher at the Institute for Government, says that we are now into unchartered waters in what had become a highly globalised economy.

He told AP news that the rift that has been caused will be there long after the war ends, adding that: “There doesn’t seem to be any prospect that these sanctions will be lifted any time soon.”

Konstantin Kalachev , an independent Russian political analyst in Moscow, believes that  Putin’s “special operation” could last “for years”, even widened to fulfil his dream of recreating the Russian Empire.

Elisabeth Schimpfoessl, author of the book Rich Russians, said: “The war is an absolute disaster for them,” with many unsure what their future holds. Some have said they are unable to afford the most simple things, relying on help from friends with their assets are frozen.

But for many the choice is not to return to Russia, with many fearing persecution in their homeland. Most have citizenship in more than one country as such have options, and as always there are countries willing to open the door to them as is the case with the UAE.

The scale of the asset freeze brought on by sanctions is mind-blowing, with rich people like Roman Abramovich said to be worth more than 10 billion euros ($11 billion), but he is not the only one.

The U.K. government estimates that Abramovich alone is worth over £9 billion ($11 billion, but he is not the only one. Although no definite figures are available, the total value of confiscations alone runs well over 30 billion euros ($32 billion).

Many do question whether the sanctions are achieving their goal of stopping Putin, using these powerful and wealthy men to be a positive influence. According to those who have insight into the situation, Putin doesn’t engage in dialogue with business people.

Those who he meets with is purely so that he can tell them what he wants them to hear. Whilst sanctions are hurting both the man in the street, they are also hurting the rich. But some are questioning whether anything is being gained by hurting those who have brought wealth to the West.