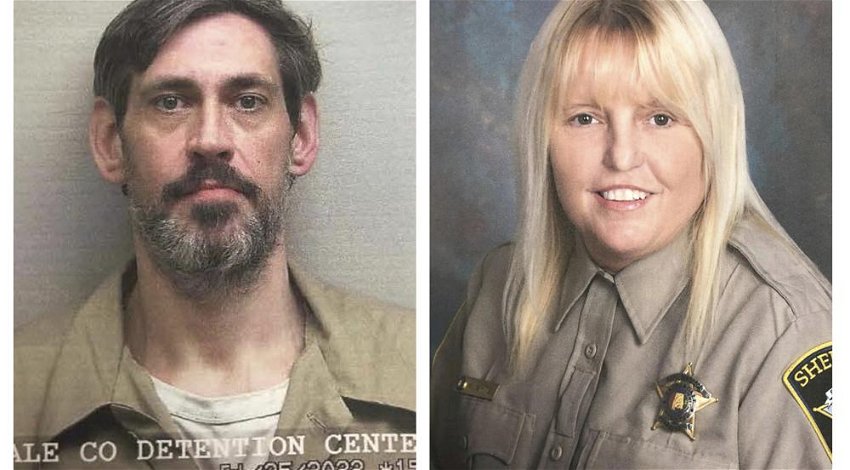 A manhunt in the US for a former prison guard and murder suspect who she released from an Alabama prison cell and who she ran away with, ended as she shot herself after the pair were caught.

The two, who had been on the run since April 29, were involved in a car chase with police on Monday, May 9. After crashing the car in Indiana, they were arrested.

A warrant has been issued for Vicky White, 56, charging her with permitting or facilitating escape in the first degree in connection with capital murder suspect Casey White's escape from jail: https://t.co/9Lx6DHM6PC pic.twitter.com/hULhU1g1QR

It is not known how Vicky White, 58, managed to shoot herself whilst being arrested. She rushed to hospital, but died later from her wounds.

Casey White (no relation), 38, with whom she was believed to be romantically involved, was arrested and is in jail currently facing trial.

The day she and White disappeared was her last day of work before retiring. On that day, she was last seen transporting White to what turned out to be a bogus mental health evaluation.

Vicky had apparently told colleagues that she had sold her home and that she planned to spend more time at the beach.

An autopsy and investigations are to be carried out into the circumstances of her death.

Police described the 6ft 9in Casey White as “extremely dangerous” and advised law enforcement not to “take any chances” with him. In the end, he gave himself up peacefully.

Vicky is understood to have had a spotless record as a prison guard, with Lauderdale County District Attorney Chris Connolly telling reporters: “I would have trusted Vicky with my life. I really mean it.

“If we needed something from the jail, she was our go-to person, a solid employee. That’s why it’s so shocking.”

White was serving a 75-year sentence for a series of violent crimes in 2015, but was facing a further charge over the stabbing of a 58-year-old woman. He apparently confessed to the murder, but later pleaded not guilty on the grounds of insanity.

The murder suspect now awaits trial and could face execution if convicted, his alleged lover and former prison guard who he fled with having died after she shot herself.