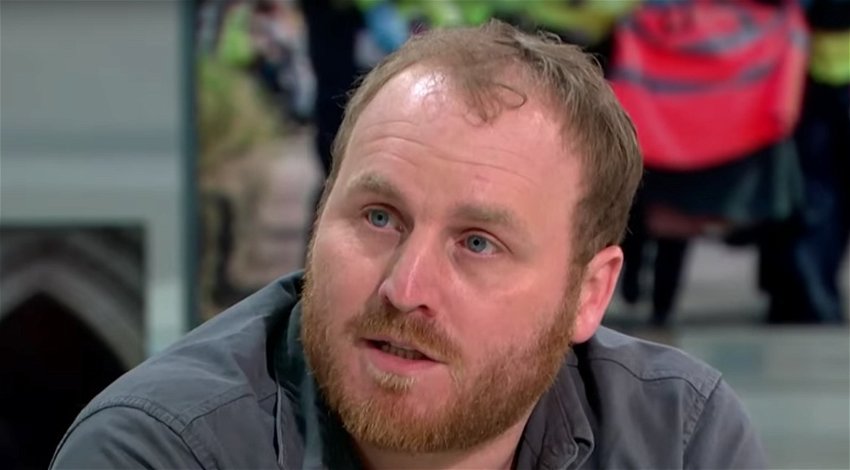 SPEAKING to GMB’s Susanna Reid and Richard Madeley, Insulate Britain’s Liam Norton said that new laws against protestors set by the Queen “change nothing” as he revealed that they won’t stop protests.

Liam Norton from Insulate Britain went on Good Morning Britain (GMB) on Wednesday, May 11 to talk about new laws set out by the Queen in her recent speech that give police more powers against protestors.

Under the new laws, police would be given more powers against environmental activist groups such as Insulate Britain, Extinction Rebellion and Just Stop Oil, who recently blocked access to a motorway services station in Surrey during morning rush hour traffic on the M25.

Following the Queen’s speech on Tuesday, May 10, the UK government will make it illegal for activists to lock or glue themselves to buildings.

Protestors that use ‘guerilla-style’ tactics could face a maximum penalty of six months in prison and an unlimited fine.

Speaking to Susanna Reid and Richard Madeley on the show, Mr Norton dared police to get tough and called the new laws “pointless.”

“These new laws are a waste of time – we will continue to make noise and protest until we are heard,” he said.

“Go ahead and get tough but it is pointless. We need to be extreme otherwise nobody will listen to our message.”

Asked by Ms Reid, who was later left speechless Mr Norton over his own housing hypocrisy, what would stop the protests, the Insulate Britain spokesman said: “We need a meaningful statement from the government that they will stop the granting of 41 new oil and gas licences and we’ve been asking for a policy to insulate Britain.”

However, a statement from Her Majesty’s Inspector of Constabulary, Matt Parr in 2021, revealed that law changes had been scheduled for some time, after it was viewed that police may have been heavily favouring protestors and not stopping the disruption they caused.

“Protests are an important part of our vibrant and tolerant democracy. Under human rights law, we all have the right to gather and express our views. But these rights are not absolute rights,” he said.

“That fact raises important questions for the police and wider society to consider about how much disruption is tolerable, and how to deal with protesters who break the law. A fair balance should be struck between individual rights and the general interests of the community.

“Having reviewed the evidence, our conclusion is that the police do not strike the right balance on every occasion. The balance may tip too readily in favour of protesters when – as is often the case – the police do not accurately assess the level of disruption caused, or likely to be caused, by a protest.”

“These and other observations led us to conclude that a modest reset of the scales is needed,” he concluded.