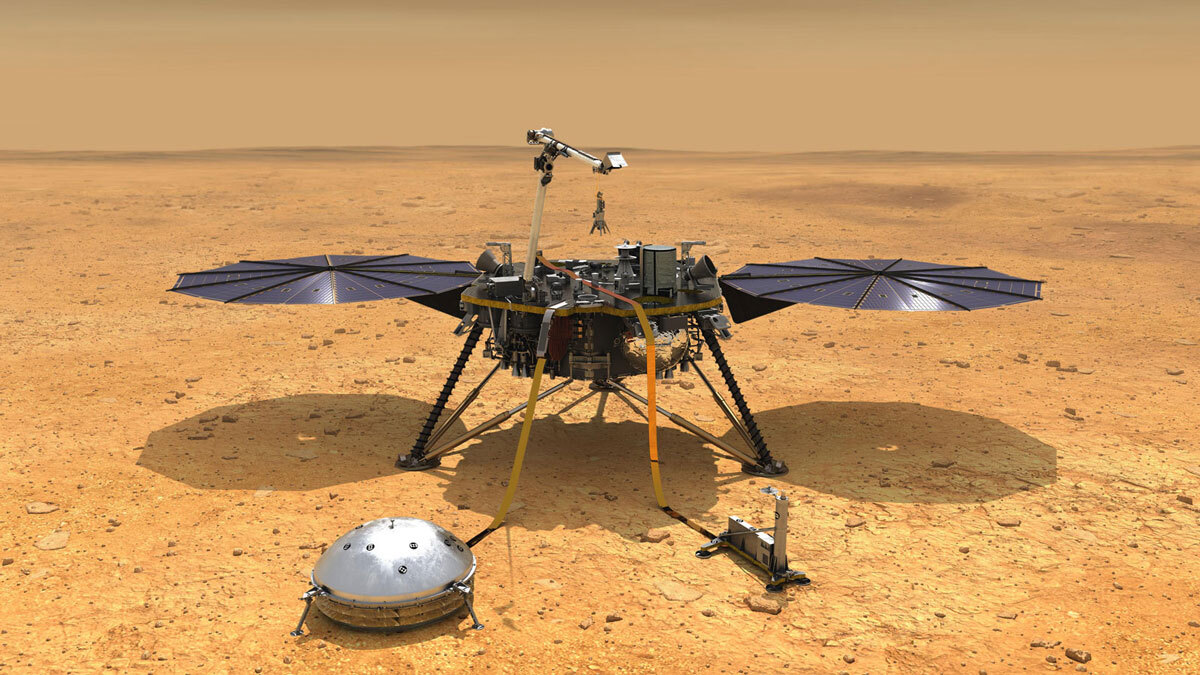 Largest earthquake ever seen on another planet detected on Mars by Nasa. Image: NASA

NASA has recorded the most powerful earthquake that has ever been detected away from Earth. It was recorded on Mars on May 4.

On May 4, NASA’s InSight Mars lander detected the largest earthquake that has ever been observed on another planet. The tremor was of magnitude 5.

After more than three years of listening to the soft rumbles of Mars, I just felt by far my biggest “marsquake” yet: looks like about magnitude 5. My team is studying the data to learn more. Science rewards patience!

More than 1,313 earthquakes have been detected by InSight since it landed on Mars in November 2018. Until now, the largest earthquake recorded was of around magnitude 4.2, detected on August 25 2021.

In a statement, NASA said:

“InSight was sent to Mars with a highly sensitive seismometer, provided by France’s Centre National d’Études Spatiales (CNES), to study the deep interior of the planet. As seismic waves pass through or reflect off material in Mars’ crust, mantle, and core, they change in ways that seismologists can study to determine the depth and composition of these layers. What scientists learn about the structure of Mars can help them better understand the formation of all rocky worlds, including Earth and its Moon.

“A magnitude 5 quake is a medium-size quake compared to those felt on Earth, but it’s close to the upper limit of what scientists hoped to see on Mars during InSight’s mission. The science team will need to study this new quake further before being able to provide details such as its location, the nature of its source, and what it might tell us about the interior of Mars.”

The big quake comes as InSight faces new challenges with its solar panels, which power the mission. As InSight’s location on Mars enters winter, there is more dust in the air, reducing the amount of sunlight available.

After the lander completed its primary mission in late 2020 and met its original science objectives, NASA extended the mission until December 2022.