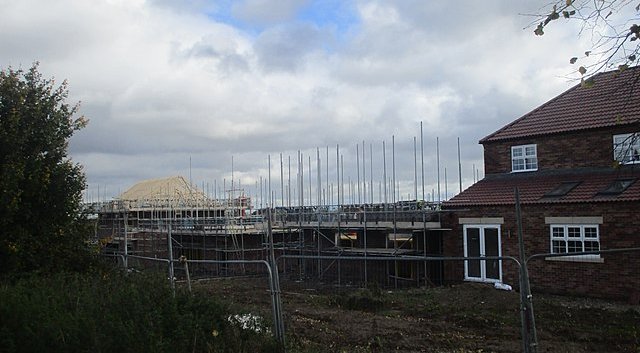 UK: Neighbours could get vote on plans for your house Source: Wikicommons Mtaylor848

The Queen’s speech on Tuesday, May 10 said “the planning system will be reformed to give residents more involvement in local development,” but could neighbours get a vote on plans for your house?

According to a report by LBC following an interview with Levelling Up Secretary Michael Gove, communities will be able to vote on whether planning permission should be granted for extensions to existing homes on their street.

Residents will also be allowed to decide rules governing the layout and materials used for new developments.

Gove said previously “dormitories” had been built instead of neighbourhoods, adding: “Communities have been understandably resistant because new buildings haven’t been beautiful, they haven’t been built with the quality required.”

He vowed to target the “astronomical profits” of big developers, using the raid on profits instead to fund schools, roads and GP surgeries.

Mr Gove told the BBC: “Communities have been resistant because the infrastructure that they need – the GP surgeries, the new primary schools, the roads – haven’t come with those houses.

“People, when it comes to housing development, should be partners. We are going to do everything we can in order to ensure that more of the right homes are built in the right way in the right places.

“I think it is critically important that even as we seek to improve housing supply, you also seek to build communities that people love and are proud of.”

Conservative former housing secretary Robert Jenrick warned, during the debate on the Queen’s speech, that the Government will miss its 300,000 homes-a-year manifesto pledge “by a country mile”. He added: “It is a matter of the greatest importance to this country that we build more homes.

“Successive governments have failed to do this. There’s always an excuse.”

Saying that a cross-party agreement and approach was needed to solve the housing crisis, he said: “We’ve got to get those homes built because we’re letting down hundreds of thousands of our fellow citizens. People are homeless today because we’re failing to build those houses.

“Young people’s rightful aspiration to get on the housing ladder is being neglected because we’re not building those homes.

Whether allowing local communities and neighbours a vote on plans for your house will help to resolve the housing crisis is not clear, with history suggesting that communities will do more to protect their area than a local authority might.