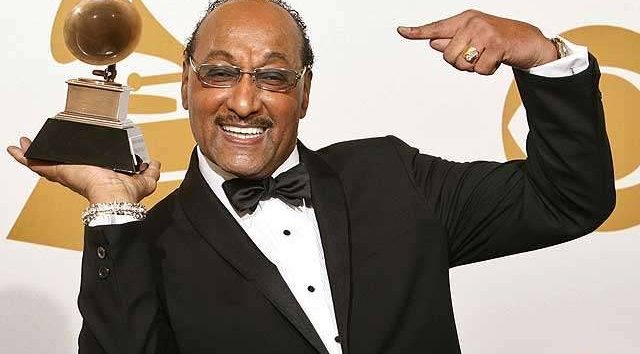 Founding member of the iconic American quartet, The Four Tops, Duke Fakir spoke with EuroWeeklyNews on his new memoir “I’ll Be There: My Life with the Four Tops” and new musical entitled “I’ll Be There”.

Abdul “Duke” Fakir born December, 26, 1935, is the last remaining founding member of the world-renowned American quartet, The Four Tops, and at an incredible 86 years old, his passion and energy for music is still as strong as ever.

“My father was originally from East India, now Bangladesh, and he used to make and play sitars on the streets of India, until he decided to move to Canada to look for factory work”, said Duke Fakir in an exclusive telephone interview with EuroWeeklyNews,from his home in Detroit, Michigan, US.

“While on a boat travelling there, he heard that a factory in Detroit would take men of any colour on the same pay scale, so he jumped straight into the Detroit river and swam to shore.”

“That’s like swimming in the English Channel, but not quite as bad,” laughed Fakir.

“As a child, I used to go to church with my mother and always loved singing, so for me making the choir was just as important as making the basketball team.”

Fakir’s passion for music would lead him to form a close bond with the future lead singer of The Four Tops, Levi Stubbs.

“Levi and I were really close friends and we got invited to a graduation party that these lovely, beautiful-bourgeois girls were throwing and we knew there were lots of them, so we thought we had better perform as a quartet instead of just the two of us!” recalled Fakir.

So in preparation for the graduation party in 1954, Levi Stubbs and Duke Fakir enlisted the help of Lawrence Payton and Renaldo “Obie” Benson.

“We knew Lawrence and Renaldo pretty well and we’d seen them singing in groups around town, cause there were groups all around town in those days, in fact Lawrence’s uncles were always playing their guitars on the front porch.” said Fakir.

“So we get to the party without ever having rehearsed together and we told Levi to lead and we’d follow up and see what happened.”

“We get on stage and start singing and our voices just blended perfectly; Levi looked back at us and almost started laughing and then he started singing his butt off.”

“It was right then, that we knew we had something special, but we had come to the party for the girls so we had a lot of fun that night and we met at my house the following day and formed the group,” stated Fakir. 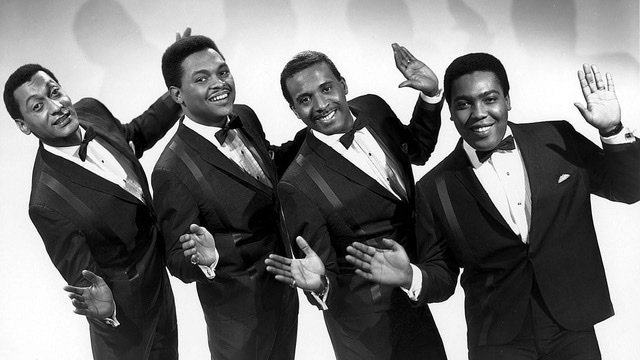 The Four Tops
Photo used by permission of Duke Fakir.

The Four tops would go on from small performances in Detroit, to travel the US and then the globe, with hits such as “I Can’t Help Myself”, “Baby I Need Your Loving”, “Loco In Acapulco” and “Reach Out, I’ll be There,” amongst many others, earning themselves a spot in the Rock & Roll Hall of Fame and later a Lifetime Achievement Award from The Recording Academy. 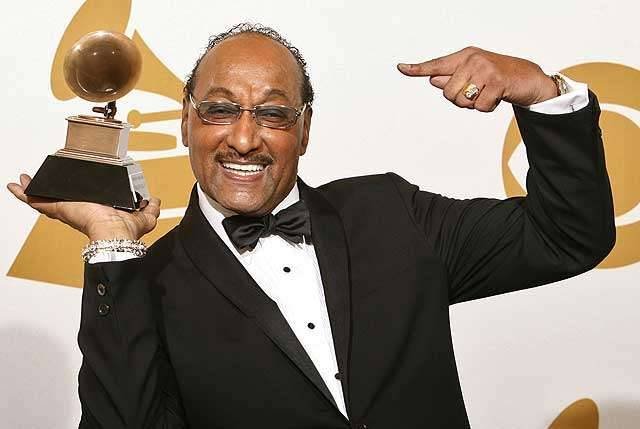 “Baby I Need Your Loving” was life changing, it was the first song that got us out of the drudgery of worrying about bills and allowed us to create more songs to record.”

“The other song I’m just crazy about, because of the way it’s constructed is “Macarthur Park”, it’s just an amazing song that has so many movements to it, unlike any other song we’ve recorded, it’s beautiful.”

Despite their worldwide success, The Four Tops were always loyal to their roots: “Detroit has always been our home, the rest of the guys lived here their whole lives, and so have I and I love it here.” said Fakir.

“Although, my wife has talked about moving down south, we’ve been together for 47 years so I’d follow her if she moved!”

“I’m so fortunate to love both parts of my life equally, I love spending time with my family and I love being able to carry on working in music, and still be able to hit the road jack,” laughed Fakir.

“My daughter studied law and moved down South, she’s just been selected as one of the best attorneys in America. We’ve just been so blessed, my life has been a storybook, so that’s exactly what I did, I wrote about it.”

“I wanted the world to know how blessed we are and the road we travelled to get where we are, how we stayed together for 44 years, and all those wonderful things that happened in our lives,” recalled Fakir fondly.

“Years ago the four of us said we’d write a book together, with each of us writing a chapter, you know that never happened, but it’s a good challenge that was left to me, I’ve really loved it” 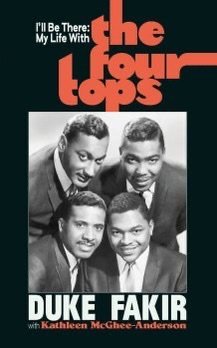 “The book is written by Kathleen McGhee-Anderson, a great writer who was a high school best friend of my wife. We spent about four days together, and I talked about my experiences and then she wrote them up, she’s done a wonderful job as well as writing the book for the musical, she’s family,” stated Fakir.

“We’re also working on a musical which is a literary story plus the music, with classics and new music written by the Holland brothers, who I call “tailors of music”, so I’m very excited, it’s like stepping into a new chapter of life at my young age.” 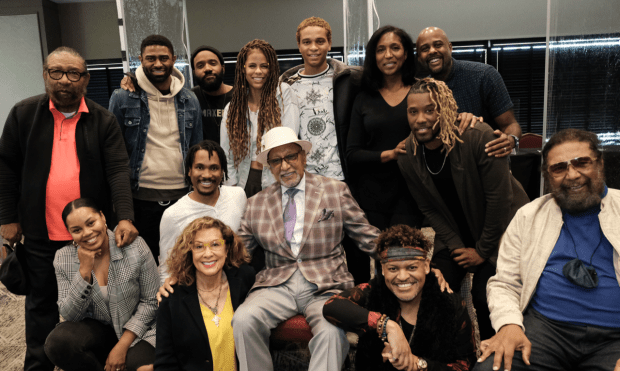 Duke Fakir surrounded by Brian Holland, Eddie Holland, Kathleen McGhee Anderson and LA performers doing a reading of “I’ll Be There” the Musical.
Photo used by permission of Duke Fakir.

“I can’t wait for the fans to see it, they’ve always showed us so much love, I always say that fans in the UK treat us like a fancy Rolls Royce that you take out for a Sunday afternoon drive in the English countryside.”

Duke Fakir will also be touring the US, Australia, Belgium, England, Holland and other European countries later this year with The Four Tops latest line up including Lawrence Payton’s son Roquel Payton and Ronnie Mcneir. 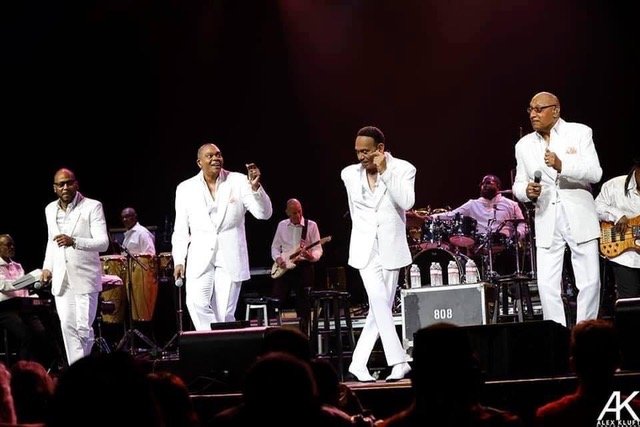 “We’ve got about 24 dates in a month, which is excruciating for an old fart like me!” joked Fakir.

“I’m so excited, I’m like a kid again, but it’s going to be interesting for the younger musicians, I told them; you can’t party all night and get up hungover and expect to perform well, I would know!”

“We can enjoy a nightcap after a show, but then you need to take your butt to bed,” laughed Fakir.

For those interested in reading more about the fascinating and inspiring life of Duke Fakir and The Four Tops, his book “I’ll Be There: My Life with the Four Tops”, is available on Amazon.