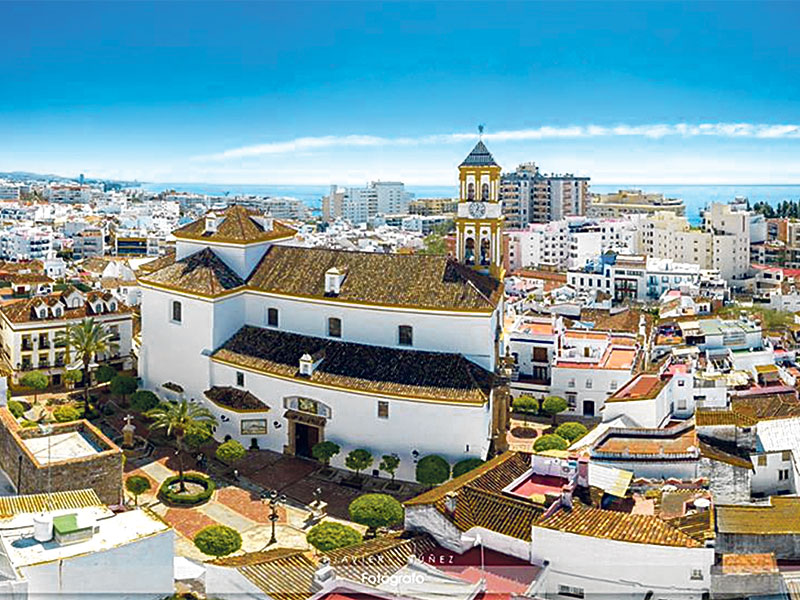 The heart of Marbella.

Supporting Marbella’s Old Town: A new office has been opened in Calle Pantaleón in Marbella’s Old Town by the town hall to assist all the sectors that work in the historic centre and act as a link between the different departments of the City Council that operate in the area. This initiative represents a further step to support and promote one of the most characteristic enclaves of our city.

Old Town Luxury: El Castillo is the very first luxury hotel to be opened in the very heart of our city in the Old Town; I can’t wait to check it out!

Don Miguel hotel revived: The very first Club Med resort was opened in 1950 on the Island of Mallorca with basic straw huts and tents by the beach. That was in 1950 when former Belgian water polo champion, Gérard Blitz envisioned the first all inclusive vacation resort. Club Med now returns to Spain but this time in style, welcoming their first guests as of May 20. The pre-inauguration of the Hotel Club Med Magna Marbella, held for press, local dignitaries and the international team that put this project together, was a long awaited moment.

The transformation that the old Hotel Don Miguel has undergone is impressive. The exterior of this iconic building remains as it was, but artistically modernised. Inside it’s another world. As of September, when they’re more organised, it will also be open to locals, but in the meanwhile, watch my show tonight, #MN348 and enjoy a sneak peak. (Marbella Now on RTV Marbella 11pm tonight – also daily repeats, via streaming and then also catch-up from my web).

Marbella’s coastal path: Marbella intends to extend the promenade to link Mijas and Marbella. Two hundred and 10 linear metres are already being built that will link Mijas and the Cabopino area before summer; another 700 metres are planned for September.

A new San Pedro health centre: Last month was the official inauguration of the new health centre in San Pedro de Alcántara. Some €5 million have apparenly been invested to offer more space with consultation rooms to address the needs of the increasing population. The services will also cover things that previously couldn’t be handled in the existing centre, such as mamograms, minor surgeries, dentistry, tests and prenatal clases.

Creative City: As part of the inititatives for Marbella to be ever more inovative, creative and inclusive, the City Council is going to allocate almost €1 million, through European funds, to develop a dynamic training space. They intend to equip it with all the necessary apparatus to create further career, work and event opportunities within our city, to also involve the more vulnerable groups

More parking! Thanks to the new Hard Rock Café hotel in Nueva Andalucia, the whole surrounding area is being cleaned up and improved. They intend not just to make it look pretty, but offer better security and more parking spaces.

Well, that’s it for now; much love #bettertogether