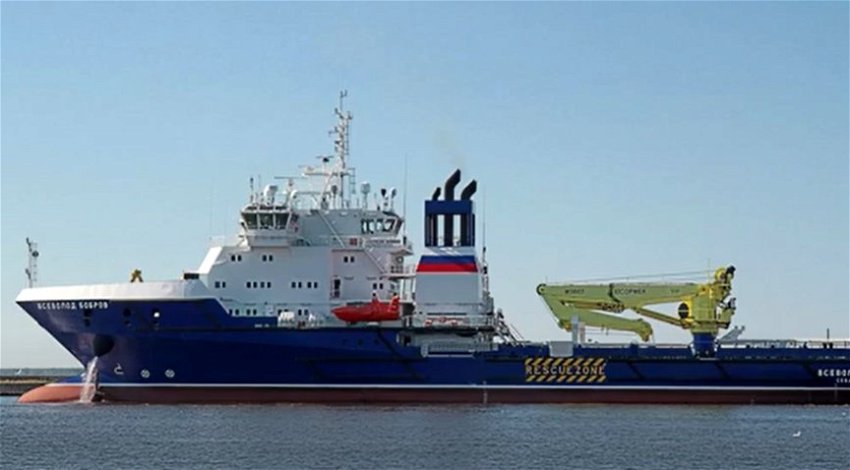 Update 4.52.pm (May 13) Russia has deployed Pantsir and Tor-M2 air defence missile systems to Zmiiniy (Snake) Island, after their Russian logistics ship was hit by Ukrainian forces as reported by a spokesperson for the Main Intelligence Directorate of the Ministry of Defense of Ukraine, on the Ukrainian media.

On Friday, May, 13, four ships and two Russian submarines with more than 30 cruise missiles reportedly took to the Black Sea following the Russian logistics ship Vsevolod Bobrov being hit by Ukrainian Forces, as reported by Ukraine Operational Command South.

The Head of the Ukrainian Defence Ministry’s State Defence Troops’ Main Directorate said on a nationwide telethon that the Zminiiy island is strategically important both for Ukraine and the Russian invaders because it allows them to control the surface and in some way the air situation on the east of Ukraine.

Also the Zminiiy Island is strategically important in terms of the possibility of Russia’s landing of a tactical maritime landing force.
In the words of Major General Cyril Budanov: “Theoretically it is the only region through which the Russian invaders could try to land troops on the territory of the occupied Transnistrian region of Moldova.”

“Whoever controls the island can block the passage of civilian ships in all directions to the south of Ukraine.”

“Zminiiy Island is the territory of Ukraine and we will buy it and fight for it as much as we need. This is a strategically important point in order to open trading maritime routes, to bring us the ammunition and to exclude any possible military activities of Russia on the territory of the “TMR”, from which they can attack the western part of Ukraine,” said the Head of the Ukrainian Defense Ministry.

Serhiy Bratchuk, a spokesman for the Odesa Regional Military Administration, Ukraine, reported on Telegram that the Russian ship was hit, damaged and set on fire as a result of a Ukrainian strike, as reported by Ukrinform.

“As a result of the actions of our Navy, the Vsevolod Bobrov logistics ship, one of the newest in the Russian fleet, set on fire. They say she is limping toward Sevastopol,” Bratchuk said.

The spokesman of #Odesa Oblast Military Administration Serhii Bratchuk reports about it.

Original 7.21pm (May 12) On Thursday, May, 12, it was reported that “Vsevolod Bobrov”, the project 23120 Russian ship was sailing on the Black Sea towards Zminiiy island, also known as Snake Island, Ukraine, when it allegedly caught fire, according to reports by 24TVua.

For reasons currenty unknown, a fire broke out on the vessel. A crew rescue operation subsequently ensued.

The charred ship spent half the night trying to reach Sevastopol with the Russian crew reportedly succeeding and the ship was docked in the port.

A report by the Armed Forces of Ukraine General Staff on Russian combat losses in the past 24 hours reported the destruction of one Russian ship or boat without any details.

A total of 13 Russian ships and boats, including the flagship of the Russian Black Sea Fleet, the missile cruiser Moscow, have been destroyed since the start of a full-scale war against Ukraine.

The news follows reports earlier this month that stated that the Russian Navy warship ‘Admiral Makarov’ had reportedly been struck by Ukrainian Neptune missiles.