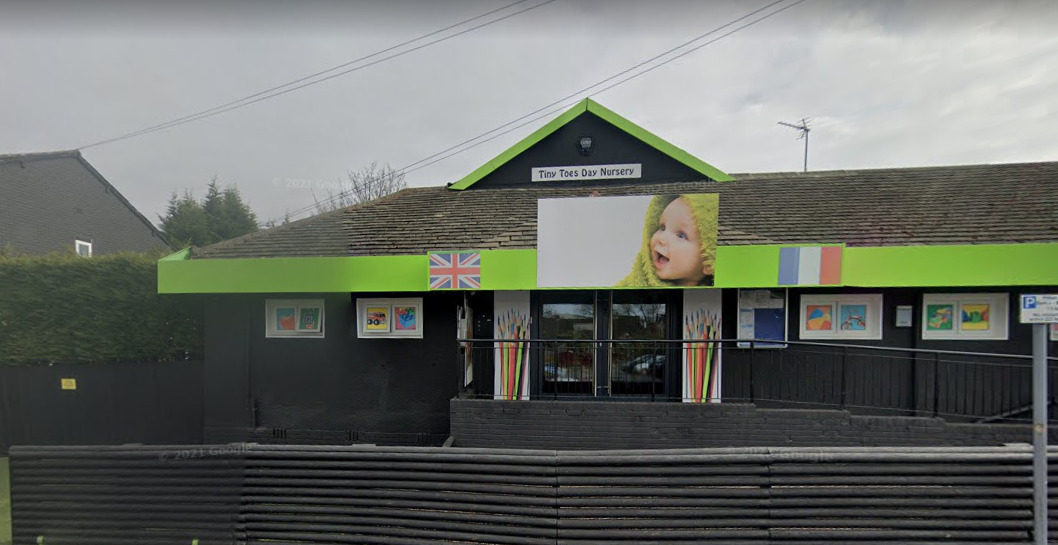 GREATER Manchester Police are investigating the death of an eight-month-old baby girl who lost her young life following a ‘medical episode’ at a nursery on Monday, May 9.

The baby girl tragically died in hospital after being rushed from Tiny Toes Children’s Day Nursery in Cheadle following an “unexplained” ‘medical episode’.

Emergency services attended the scene at around 3.20 pm, however, they were not able to save the young girl.

Officers have been working to “establish the full facts around the incident” and have confirmed that two arrests have been made – two women aged 34 and 35.

The pair are in custody for further questioning after being arrested on suspicion of gross negligence manslaughter, as reported by the Mirror.

Detective Superintendent Phil Duffy said: “Our thoughts are very much with baby girl’s family who are understandably shocked and devastated and we’re doing everything we can to get them the answers they deserve.

“Since we were called, we’ve carried out a number of lines of enquiry already and now two arrests have been made as our investigation continues.

“Officers are continuing to work to establish the full facts around what happened and ascertain the circumstances behind this tragedy.

“This is a heartbreaking time for all those involved and we would ask that the public respect the family’s privacy at this time and avoid speculation whilst we continue to investigate.”

In an earlier statement, Greater Manchester Police confirmed the incident at the time: “Officers were called by colleagues from North West Ambulance Service to a report of a child suffering a medical episode at a premises on Mellor Road in Cheadle just before 3.20pm on Monday.

“An eight-month-old girl was taken to hospital where she sadly died.

“The death is currently being treated as unexplained and an investigation to establish the cause is on-going.”

Franck Pelle, owner of Tiny Toes Children’s Day Nursery, told the Manchester Evening News: “Our heartfelt condolences and deepest sorrow are with the parents and family at this devastating time.

“We are working closely with all involved to assist and due to the sensitivities and ongoing investigation we are unable to comment any further at this time.”

Ofsted said operations had been “suspended at this setting to allow time for other agencies to complete their enquiries” while the investigations take place.

A Stockport Council spokesman added: “The council is aware of the sad news of the death of an eight-month-old girl at a premises on Mellor Road in Cheadle.

“First and foremost, our thoughts go out to the family for their loss at this difficult time. We are not able to comment any further and await the outcome of the investigation.”

Sadly, although the details of the incident currently remain unknown, the young girl’s death is reminiscent of when two-year-old Sadie Salt lost her life after choking on a sausage at the Mini Learners nursery in Radlett, Hertfordshire.