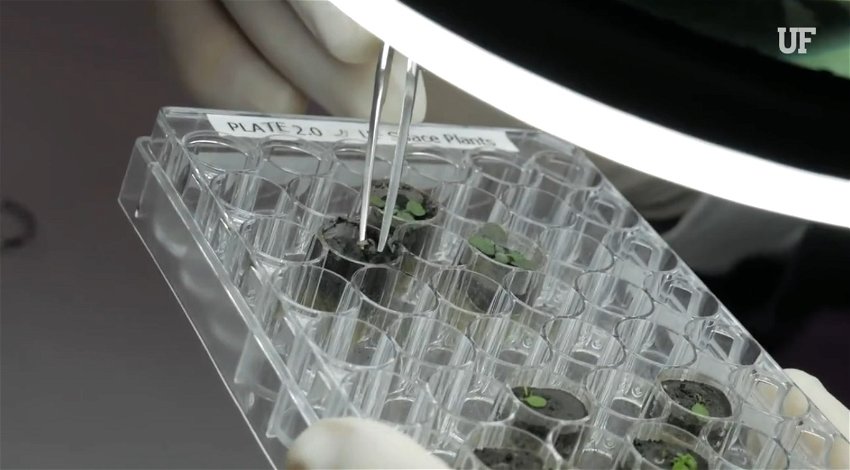 A groundbreaking experiment has seen plants grown in moon soil for the first time, after scientists used samples of dust collected during the 1969-1972 Apollo missions.

The researchers planted a type of cress and, much to their excitement, the seeds sprouted two days later.

The excitement was, however, short-lived, with the plants developing more slowly and ending up stunted. Those involved say, however, that the experiment is a breakthrough and has earthly implications.

Anna-Lisa Paul, a University of Florida professor who co-authored a paper on the findings, said: “I can’t tell you how astonished we were.

“Every plant, whether in a lunar sample or in a control, looked the same up until about day six.”

Unfortunately, the team were not given much to work with, with NASA only providing 1g of soil per plant, which had been kept locked away for decades. The researchers acknowledge the results may have been different had more soil been available.

UF scientists have made history as the first to grow plants in lunar soil, using just a few teaspoons from @NASA’s #Apollo missions. @UF_IFAS’ tiny lunar garden will help pave the way for life on the moon. 🌕 🌱 pic.twitter.com/hB3XaMm6jh

During the three years of lunar expeditions, NASA astronauts brought back 382 kg (842lb) of lunar rocks, core samples, pebbles, sand and dust from the lunar surface.

NASA Chief Bill Nelson said: “This research is critical to NASA’s long-term human exploration goals, as we’ll need to use resources found on the Moon and Mars to develop food sources for future astronauts living and operating in deep space.

“This fundamental plant growth research is also a key example of how NASA is working to unlock agricultural innovations that could help us understand how plants might overcome stressful conditions in food-scarce areas here on Earth.”

NASA does have plans to land humans on the moon in 2025.

A significant amount of research has been conducted since the last lunar landings, which unlike previous missions should see some of these replicated in the moon’s rarefied atmosphere. It should also see more samples brought back home to allow further research, including the use of moon soil to grow plants.