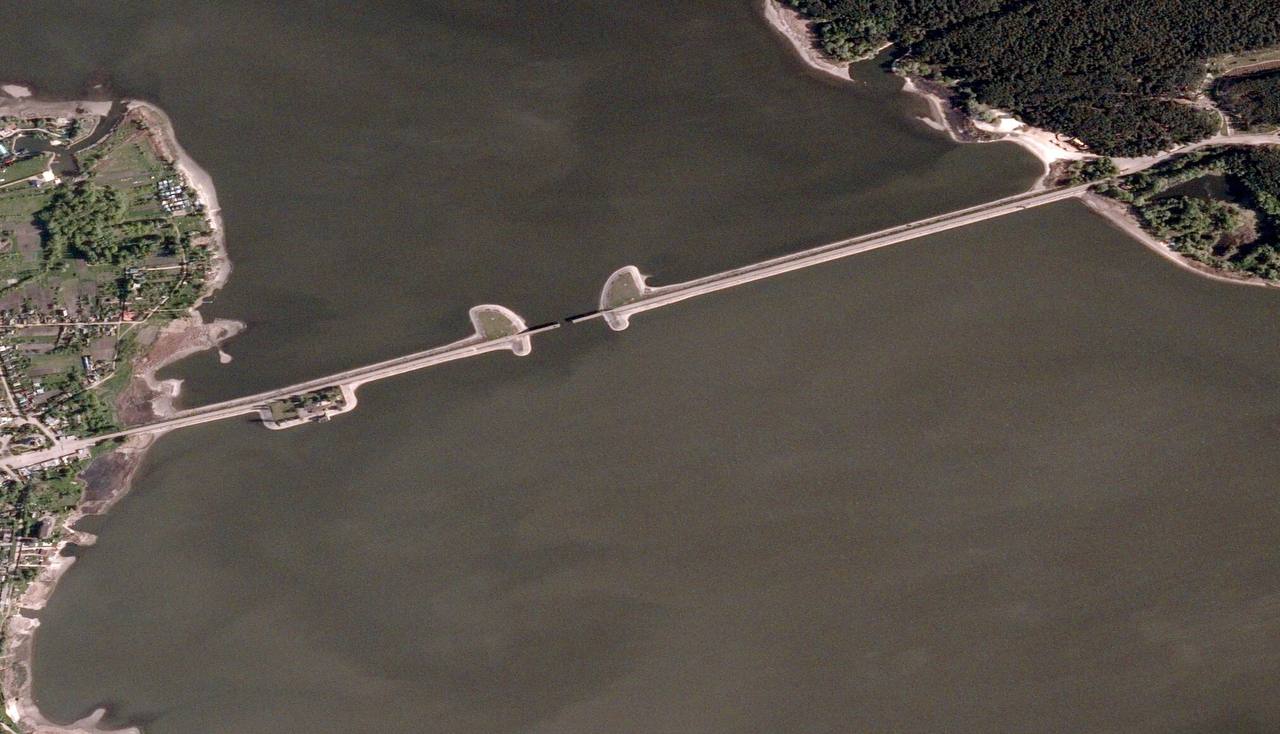 RUSSIAN troops are currently destroying bridges in the Kharkiv region and could launch similar attacks in the Kherson region to ‘complicate the counteroffensive of the Ukrainian Armed Forces’, according to the Ukrainian Ministry of Defence.

Vadim Skibitsky, a representative of the Ukrainian Ministry of Defence’s Main Intelligence Directorate, said on Friday, May 13, that “Russian invaders are destroying bridges in the Kharkiv region”.

According to Ukrinform, Mr Skibitsky said Russian forces are trying to “complicate the counteroffensive of Ukrainian troops in the Kharkiv and Kherson regions” by “destroying bridges”.

“Speaking from an intelligence point of view, we all foresaw this [destruction of bridges], because there is nothing new in the actions of the Russian occupation forces,” he said.

“If we go back a little, let’s remember the retreat of Russian troops from Kyiv, in the same Brovary direction. When they came out, they blew up everything in their path that could be blown up.

“In addition, powerful mining was carried out, and it will take a long time to clear it. The most critical and important infrastructure facilities were destroyed. Thus, it reminded us of the departure of some kind of horde, which destroyed everything in its path that fell under its hands,” said Skibitsky.

“The destruction of the bridges will definitely have an impact, because there are powerful water barriers, which then we will need to form or build a crossing, or restore these bridges in order to continue the counteroffensive and reach the state border of our state, restore our presence there, further carry out other counter-offensive actions,” the Ukrainian intelligence official said.

Skibitsky noted that Russia’s army will be doing everything within their power to stay in the Kherson region.

“Our assessment is very simple: in general, the Kherson region is a very important region for the Russian Federation, we understand this.

“First of all, it is a land bridge that connects the Russian Federation with the occupied Crimea, and secondly, it is an element of ensuring the life of Crimea – this is water, this is electricity.”

He added: “Our nuclear power plant was seized for a reason, and, accordingly, Russia will do everything possible to hold on to this territory.”

According to satellite images from BlackSky and the European Space Agency on Thursday, May 12, when Russian troops retreated due to a long counterattack by Ukrainian troops in the Kharkiv region, they blew up three bridges vital to Ukraine’s continued advancement.

In kharkiv region 3 Bridges necessary for the transfer of 🇺🇦 forces were blown up 💥💥💥 pic.twitter.com/ET6odV5sdo

As noted by CNN, the bridge crossing the Siverskyi Donets River near the villages of Rubizhne – which shares the same name with the city further south in Luhansk – and Staryi Saltiv was blown up in sections.

The villages are situated about 10 miles south of the Russian border.

The battle for Kharkiv has been a bloody and gruesome one, with soldiers from both Ukraine and Russia losing their lives.

Recently, images of four dead Russian soldiers lined up as part of the Z pattern were discovered on the outskirts of the war-torn city of Kharkiv, which has been described as an ‘open-air morgue’ by journalists in Ukraine.