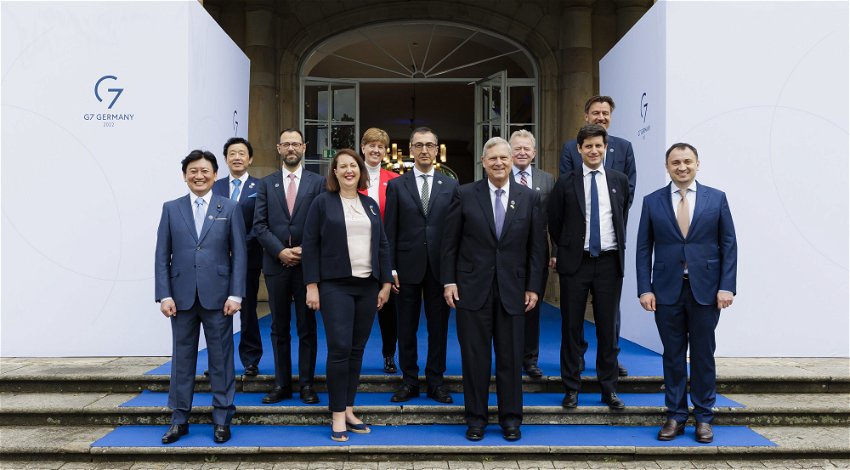 On Saturday, May, 14, G7 Foreign Ministers met in Germany to discuss the implications of Russia’s war of aggression against Ukraine on global food security.

The Government of the UK released an official press release on the G7 Foreign Ministers’ meeting on the concerns of global food security that stated:

We, the G7 Foreign Ministers of Canada, France, Germany, Italy, Japan, the United Kingdom, and the United States of America, and the High Representative of the European Union, discussed the implications of Russia’s war of aggression against Ukraine on global food security and welcomed the UN Secretary General’s initiative to convene a “Global Crisis Response Group on Food, Energy and Finance” (GCRG).

Combined with Russia blocking the exit routes for Ukraine’s grain, the world is now facing a worsening state of food insecurity and malnutrition.

This is having devastating consequences for some of the most vulnerable people and rising costs also make it harder for humanitarian and development agencies to deliver assistance to those in greatest need.

This is at a time when 43 million people were already one-step away from famine.

The G7 and the wider international community must stand united against Russia and help those most vulnerable in the global south. Calling on Russia for an immediate cessation of its war of aggression and to end its blockade (and all other activities) that further impede Ukrainian food production and exports is only the first step.

Collective global action now and in the future will be vital: looking ahead, the G7 with its allies around the world need to ensure that this situation can never happen again.

We will address, including in support of the United Nations Global Crises Response Group, the causes and consequences of the global food crisis through a Global Alliance for Food Security, as our joint initiative to ensure momentum and coordination that will be launched by G7 Development Ministers at their meeting, and other efforts.

We will closely cooperate with international partners and organisations beyond the G7, with the aim of transforming political commitments into concrete actions as planned by various international initiatives such as the Food and Agriculture Resilience Mission (FARM) and key regional outreach initiatives, including towards African and Mediterranean countries with the upcoming Mediterranean Ministerial Dialogue on the Food Security Crisis.

We welcome the May 18 Global Food Security Call to Action Ministerial.

We took note of the report by the GCRG’s Task Team of 14 April 2022 and look forward to the upcoming second report.

We also fully support the commitments taken by the G7 Agriculture Ministers at their meeting on 13–14 May 2022 in Stuttgart, Germany.

We, the G7 Foreign Ministers, while acknowledging that this crisis goes beyond food insecurity and requires a comprehensive response, committed to the following principles for action on global food security: