Jurgen Klopp: “I could have gone to Bayern Munich and won more titles” 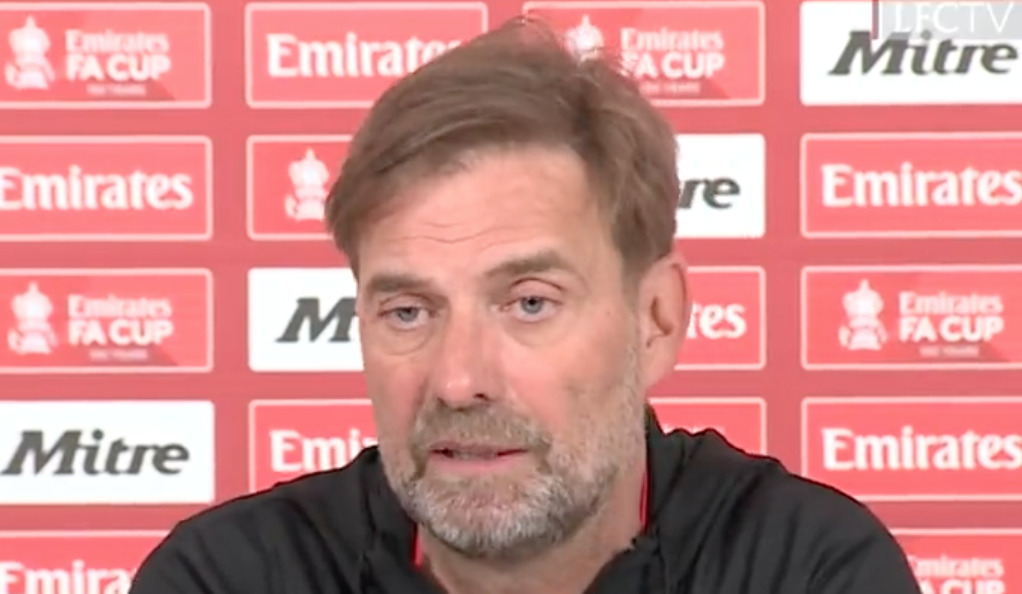 AHEAD of Liverpool’s FA Cup final clash against Chelsea on Saturday, May 14, Anfield boss Jurgen Klopp revealed that he could have joined German side Bayern Munich on several occasions.

Liverpool take on Chelsea at Wembley Stadium today and speaking ahead of the clash, Klopp told reporters that he “could have won more titles” if he had joined the German side.

“I could have gone to Bayern a few times,” Klopp said. “I could have won more titles in my life, pretty sure I would say, I didn’t do it.

“I had a contract here and I never went to Bayern. That’s completely fine. The world is not full of winners, the world is full of triers hopefully.

“And I try and sometimes I win with some other people together. I am happy with that.”

After defeating Chelsea in February’s Carabao Cup final, the Merseyside club are currently in with a chance of completing a quadruple trophy triumph, with the FA Cup, Champions League and Premier League still up for grabs.

Thankfully for LFC fans, it appears Klopp is happy at the club.

He continued: “Which club should I go to to have a different situation? Tell me.

“The only thing I could do is ask Pep [Guardiola] if he is sick of all that winning and I take over at City! Is that the idea? That wouldn’t work, I don’t want to do it.

“This club went through incredibly tough periods and always hit back, and if people can’t appreciate the time we are in or the team they have I would really feel for them because it’s fantastic what these boys do.

“If we are all only happy when winning when your race finishes what life would that be? When I say ‘Enjoy the journey’ I mean it. Enjoy the journey as there have been so many great moments already.

“Forget that and just say ‘Wow, that was a ride’. We only cause ourselves problems as human beings – ‘Don’t come home without a quadruple’, for example – you will never be happy. If that is the only way to satisfy you then I can’t help you.”

Klopp recently commented on Man City’s announcement that Erling Haaland will be joining the club on July 1.

Speaking on Tuesday, May 10, the 54-year-old said: “A good player. City were never and will never be a team that wins games because of one player, it is a specific way to play,” he said.

“Erling will realise that all of a sudden he will score a lot of goals at the back post. He will just put his foot on it, so he will love that.