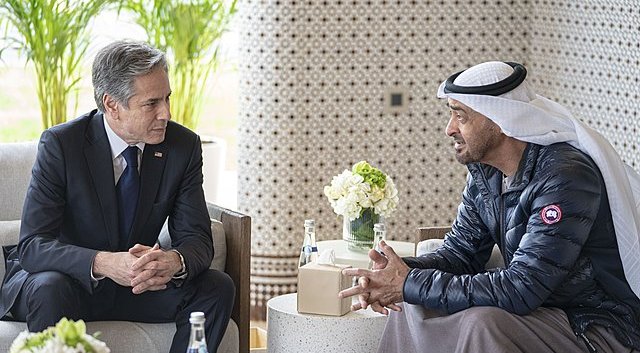 Newly elected leader on Saturday, May 14, after the death of his half-brother on Friday, United Arab Emirates (UAE) strongman Sheikh Mohammed bin Zayed al-Nahyan or MbZ, believes Islamists are a threat to the Gulf.

The 61-year-old Sheik Mohammed has according to Reuters been working behind the scenes as the de facto leader for some time. With his half-brother suffering bouts of illness for some years, he began to exert his influence some ten years ago.

Known to be a strategic thinker and straight talker, he is said to have built the UAE into a high-tech military force during that time, extending the counties influence internationally.

MbZ, as he is widely known, believes that the Gulf cannot rely on the support of the world, especially after the US abandoned Egypt’s Hosni Mubarak during the 2011 Arab spring. Then he warned the US that uprisings could spread, as they did, endangering the Gulf dynasty rule.

Described by Obama as the shrewdest leader he had met in the Gulf, he has been described by US officials as a strategist who brings a historical perspective to discussions. They said: “He will talk not only about the present, but go back years, decades, in some cases, speaking to trends over time.”

MbZ has worked to rid the Middle East of Islamists, backing the ousting of the Muslim Brotherhood president in Egypt, championing Saudi Arabia’s Prince Mohammed bin Salman as he rose to power in a 2017 palace coup, and lobbying for maximum pressure on Iran.

He also boycotted neighbour Qatar for supporting the Muslim Brotherhood, and launched a costly war to try to break the grip of Yemen’s Iran-aligned Houthis.

Under his leadership, the UAE also waded into conflicts from Somalia to Libya and Sudan. But perhaps he is best known for upending decades of Arab consensus by forging ties with Israel in 2020, along with Bahrain.

MbZ was educated in the UAE but also attended the military officer’s college at Sandhurst in Britain, his mistrust of Islamists heightened after 911, when two of his countrymen were among the 19 hijackers who attacked the United States.

He is seen as a moderniser in the UAE, but still retains roots in his culture. Understanding the value of Abu Dhabi’s oil wealth, he has moved to develop the region’s energy, infrastructure and technology.

According to those who know and have worked with UAE’s newly elected leader, MbZ: “He doesn’t beat around the bush … he wants to know what isn’t working well, not just what’s working.”