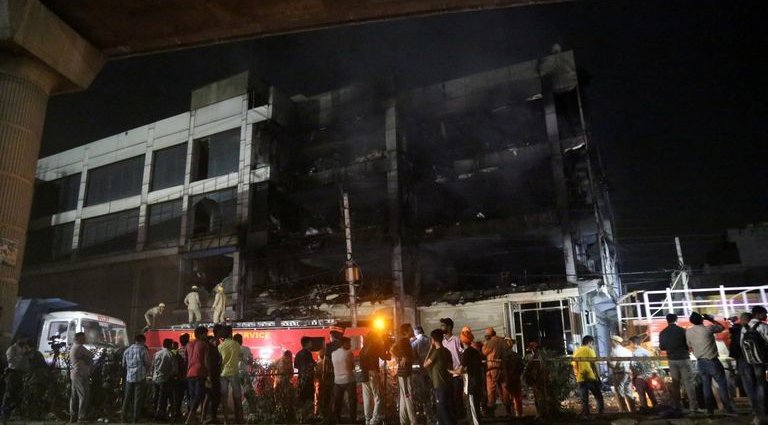 A fire that broke out of on Friday, May 13, lasted for almost five hours in a four-storey shopping centre on the outskirts of Delhi has killed at least 27 people.

The fire, first reported by the Press Trust of India, was attended by more than 25 fire engines, with at least 12 suffering burns and a further 50 requiring evacuation. It is understood that a search is still ongoing with reports of people missing.

The cause of the fire is not yet known according to the director of Delhi Fire Services, Atul Garg, who added that the building had no clearance from the fire department. He said that it was not equipped with the required fire safety equipment either, and that there were no fire extinguishers on-site.

Garg continued, saying that the casualties had occurred on the second floor of the building, where inflammable plastic material used for manufacturing equipment like security cameras was stored.

The owners of the company have reportedly been detained for questioning, with some saying that the fire started in their offices.

Prime Minister Narendra Modi said he was extremely saddened by the loss of lives, and India’s President Ram Nath Kovid tweeted: “Distressed by the tragic fire accident at a building near Mundka Metro Station in Delhi.

“My condolences to the bereaved families. I wish for the speedy recovery of the injured.”

With building regulations in India regularly flouted, fires like this one at the shopping centre in Delhi are commonplace, with local authorities seemingly helpless to keep on top of the problem.