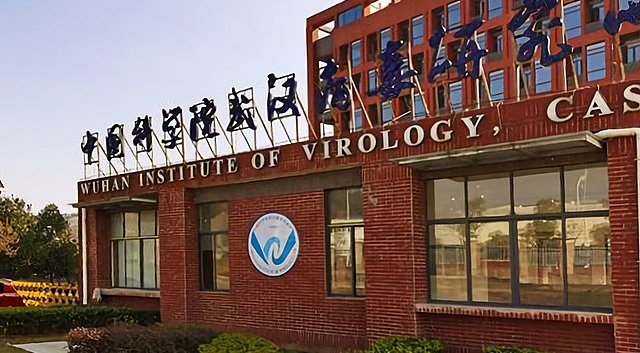 A top US scientist, who had worked with Wuhan Institute of Virology lab (WIV), has been accused of helping to organisation counter concerns that they may have been the source of the virus leak.

The WIV, in Wuhan, was thought by many to be the source of Covid-19 that resulted in the pandemic and worldwide shutdowns.

According to recently released emails that have been seen by new site The Epoch Times, show that the efforts by US scientist James LeDuc included being provided with a list of questions to answer when responding to outside concerns.

The emails were recently released under the Texas Public Information Act requests made by U.S. Right to Know, a non-profit focusing on food and public health issues, as well as Judicial Watch, a non-profit government watchdog.

The two organisations say they paint a picture of how prominent U.S. scientists publicly and privately came to the defence of their colleagues at the WIV during the early stages of the pandemic.

LeDuc, the then-director of the Galveston National Laboratory at the University of Texas Medical Branch (UTMB), and his colleagues, engaged in a concerted effort to strengthen their partnership with the Wuhan Institute.

These efforts are said to have continued, even as scrutiny of the lab and criticism of the Chinese government’s handling of the outbreak, grew.

One of the emails was one titled “Rubio” in reference to the US Senator Marco Rubio. It read: “I heard from someone in government this evening that Senator Rubio is starting to push for AN investigation regarding Wuhan lab.”

It continued: “Just found it on the web at Forbes by Kenneth Repoza. Title of article is ‘eight senators call for investigation into coronavirus origins.’”

Le Duc responded: “Thanks for the heads-up. Clearly the topic of the day. Time to pile on and find a scapegoat.”

That email was forwarded on to Shi Zhengli, a top scientist at the WIV nicknamed “bat woman” for her research related to bat coronaviruses, warning her about the investigation.

David Franz, a former commander with the U.S. Army Medical Research Institute of Infectious Diseases and retired colonel, was the man who sent the email. He and Le Duc had years of contact with the WIV, the facility at the centre of speculation over whether the virus may have been leaked from it.

In the email, LeDuc wrote that he hoped that Shi had been “surviving all the COVID-19 drama” and requested a phone call “sometime soon.”

On April 18 she replied saying: “Due to the complicated situation, I don’t think it’s a right time to communicate by the call. What I can tell you is that this virus is not a leaky [sic] from our lab or any other labs. It’s a shame to make this scientific question so complicated.”

UTMB have disputed the claims, saying in an email to The Epoch Times: “The GNL has never collaborated with WIV on SARS-CoV-2 / COVID-19 research—and as the documents themselves demonstrate, Chinese scientists were disappointingly unwilling to collaborate in fighting the disease.”

But the emails suggest that the scientists did in fact reach out to the Wuhan lab, with De Luc writing to colleagues in February 2020: “I have the utmost respect and admiration for Dr Shi, and I am in no way casting doubt on her or her colleagues.

“I just think that we need to aggressively address these rumours and presumably false accusations quickly and provide definitive, honest information to counter misinformation. If there are weaknesses in your program, now is the time to admit them and get them corrected.

“I trust that you will take my suggestions in the spirit of one friend trying to help another during a very difficult time.”

The support came at a critical time for the Wuhan lab and China, with eyes of the world focused on the lab as the possible culprit. Although the lab has denied they are the source, investigators from the WHO have never been granted unfettered access by the Chinese government.

The information has only come to light after President Joe Biden intervened, authorising the release of documents relating to the investigation of Wuhan lab and the origins of the virus.