BREAKING: Blackpool footballer comes out as the only openly gay professional male footballer in UK 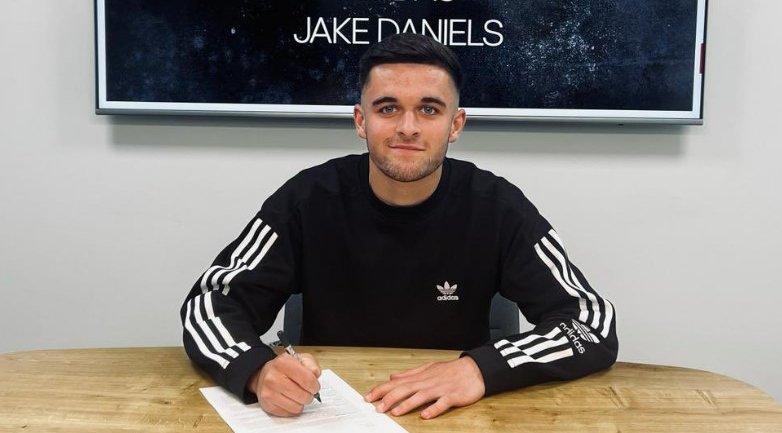 A 17-year-old Blackpool football player has come out today, May 16, becoming the only openly gay footballer in the UK.

Blackpool forward Jake Daniels has come out as gay and said that he has received “amazing support” from his teammates. Daniels is the first professional male football player to come out publicly since Justin Fashanu in 1990.

In an interview with Sky Sports News, he said he felt ready to “be myself” after “such a long time of lying” about his sexuality and who he is.

The Blackpool striker said he had felt the need to hide his sexuality to become a professional footballer and would wait until he was retired to come out: “But I just knew that was just such a long time of just lying and not being able to have what I want” he said.

Daniels has scored 30 goals this season for the under-19s and signed a professional contract with the club in February.

On coming out, the striker said: “For a long time I’ve thought I would have to hide my truth because I wanted to be, and now I am, a professional footballer. I asked myself if I should wait until I’ve retired to come out. No other player in the professional game here is out.”

“However, I knew that would lead to a long time of lying and not being able to be myself or lead the life that I want to.”

“Since I’ve come out to my family, my club and my teammates, that period of overthinking everything and the stress it created has gone. It was impacting my mental health.”

“Now I am just confident and happy to be myself finally.”

He said he has known he was gay since around the age five or six, and that he initially believed that being gay and football didn’t go together.

“So all the way through my life I was like, ‘It’s fine, you’ll get a girlfriend when you’re older and you’ll change and it’ll be fine’.”

He said when he first told his teammates, they were “kind of shocked in a way” and asked why he didn’t tell them sooner, he also said he has received “amazing” support from his family, friends and Blackpool FC.

“The captain was one of the main people I told and he was just asking loads of questions about it and was like ‘I’m so proud of you’.”

“Everyone has been so supportive and so proud of me and it just shows what a bond we have as a team and everyone is like a family to each other,” he added, as reported by Sky News.