Spain raises alarm over black fly, which can spread viruses 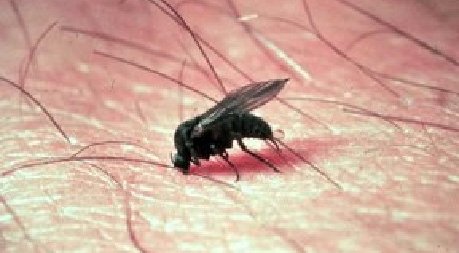 Authorities have raised the alarm over black fly, a species endemic to Spain, which has proliferated because of the wetter weather and which can and is known to spread viruses.

Jorge Galván, General Director of the National Association of Environmental Health Companies (ANECPLA), told news site 20minutes on Monday, May 16, that: “The species is found all over Spain, but that in the communities of Andalusia, Aragon, Catalonia, Madrid, Murcia and Valencia, we have had to raise the alarm.

“This has been necessary due to the large number of the flies in these areas.”

Galván explained that insects react to their environment, which means that in ideal conditions they breed more, resulting in their numbers changing from year to year. This year conditions have been good for the many insects including the black fly.

He continued saying that under ideal conditions the reproductive cycle is also shortened, which means that the flies reproduce faster.

They are known to breed in streams and close to relatively clean water, and with many streams flowing along the coast after all the rain means that conditions have been suitable.

Is the black fly a problem?

Black fly are known to carry viruses and diseases much like a mosquito does, with the most recent outbreak caused by the insect being West Nile Fever in Andalusia two years ago.

Black flies draw blood to lay their eggs, and it is at that moment that the virus can be passed on. That means any blood-borne viruses is potentially borne by the black fly.

Galván adds that some of those viruses carried by the fly are in an epidemiological cul-de-sac, that is, they are not transmitted to other organisms. COVID-19 he says is an example of this.

Black fly use an anaesthetic when biting, so it is possible you will not feel the bit, however it is important not to scratch it but rather to use an antiseptic on the wound. Scratching and opening the skin around the bite will help to transmit whatever viruses the fly was carrying.

Do we need to take precautions?

Galván says that it is important for both the authorities and individuals to take precautions, with viruses like West Nile Fever only occurring through transmission by the black fly.

He says the first stage is environmental management of rivers, making sure that the habitat and breeding zones of the fly are dealt with. Secondly, he says it is necessary to eradicate the larvae wherever it is found, adding that this should be undertaken in an environmentally friendly way.

Finally, the adult flies should be dealt with.

He also advises people who enjoy walking in near rivers or who are working nearby should take care to make sure they do not get bitten, that means wearing appropriate clothing and using fly repellents.

As Spain heads into the warm summer months, mosquitos and black fly typically return, but this year the problem is expected to be much worse following the record rainfalls.