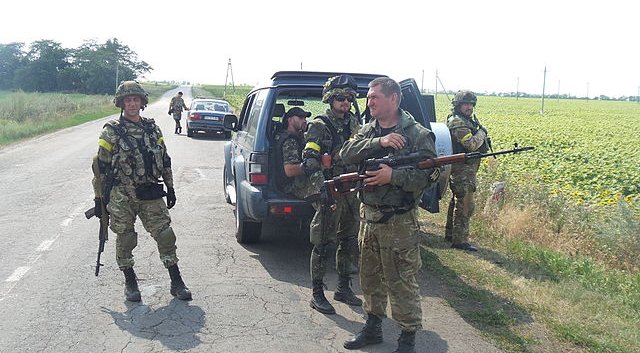 NATO Secretary Jens Stoltenberg said this morning Sunday, May 15, that Russia’s offensive in the Donbas region wasn’t going well, with the invading forces having to fend off Ukraine counter-attacks in the east and around the city of Izium.

Speaking to reporters, he said: “Russia’s war in Ukraine is not going as Moscow had planned.”

The invasion described by Putin as a “special operation” has seen his forces fall back after Ukraine defences held up and started counter-offensives that have been effective in repelling Russian forces.

With more and more equipment coming in from NATO members, Ukraine has been in a better position to inflict damage resulting in major losses for Russia. British military intelligence have estimated that roughly a third of the ground combat force deployed in February had fallen.

Ukraine has deployed many of its new U.S. M-777 howitzers at the front lines, and Washington has delivered all but one of the 90 artillery pieces they were due to send. Further approval has been sought in the US for more funds to send more aid and weapons to Ukraine, which will further bolster their ability to take on Russian forces.

Sanctions are also known to be hurting Russia, as rumours swirl of President Vladimir Putin’s ailing health. Counter to threats from Putin, both Finland and Sweden have agreed to forego their neutral status and join NATO in what they see as a necessary step to protect themselves from Russia.

Earlier this week, the head of the Ukrainian military intelligence said that there would soon come a turning point in the war, that would see the Russian invasion defeated. Indications are that the turning point is nearing, with Russia suffering major losses.

Sources within Ukraine say that the counter-attacks against the Russian forces in the east are starting to be effective, with expectations that Izium and other areas will be liberated in the coming days and weeks.