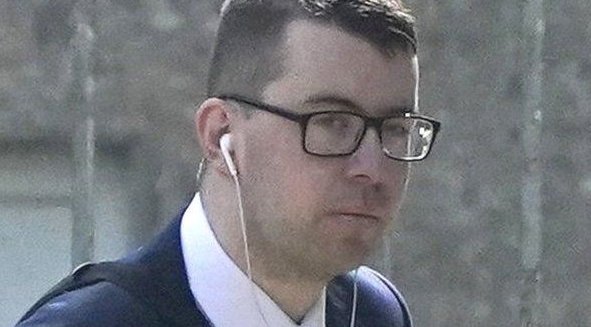 Alex Davies, a founder of the UK’s neo-Nazi group National Action, has been found guilty on terrorism charges on Tuesday, May 17.

A former philosophy undergraduate at Warwick University, Davies was described by the prosecution as the “extremist’s extremist”.  They continued saying that he held a unique place in British history, managing to create two far right groups that were both banned under terrorism legislation.

A former campaigner for UKIP and a former member of the BNP youth wing, Davies is the last of the 25 members of the neo-Nazi group National Action to face jail after he was convicted of keeping the organisation running following a ban for encouraging the killing of MPs.

Described by prosecutors and reported by Sky News as an “innocuous-looking, educated and intelligent”, Davies used the internet to spread neo-Nazi views and memes, and to muster up support for stunts and demonstrations.

Barnaby Jameson QC, prosecuting said that National Action described itself as a “white jihadist” group, a “throwback to the 1930s, dedicated to all-out race war.”

He added that the group had paramilitary aspirations with an emphasis on boxing, martial arts, and knife fighting.

Continuing he said: “It advocated the same Nazi aims and ideals – the ethnic cleansing of anyone who did not fit the Aryan Nazi mould: Jews, Muslims, people of colour, people of Asian descent, people of gay orientation, and anyone remotely liberal.”.

One of the neo-Nazi group’s main targets was female members of parliament, women perceived to be pro-immigration. When Labour MP Joe Cox was killed, the celebrated her death and expressed support for her murderer.

The group also encouraged members to infiltrate the police and the army, and held flash demonstrations parading banners that said: “Hitler was right.”

Davies did not work alone but was supported by another student, Ben Raymond, who was studying politics at Essex University. Another former BNP member Mark Jones, also worked alongside the two running an operation producing designs for the group.

Davies, the son of a Swansea engineer, was particularly active in recruiting for his brand of extremist political activity. He was even referred to the government’s Prevent de-radicalisation scheme by his school, once when he was 15 and again when he was 19.

He claimed they “never got in touch” and the second time, they said, “Alright we can see you’re not a threat, see you, Alex, have a good life.”

Davies founded National Action straight after leaving school, behaving in the words of Jameson like a modern-day Heinrich Himmler, the head of the SS.

Davies, the neo-Nazi was found guilty in a Winchester court on terrorism charges and will be sentenced later.