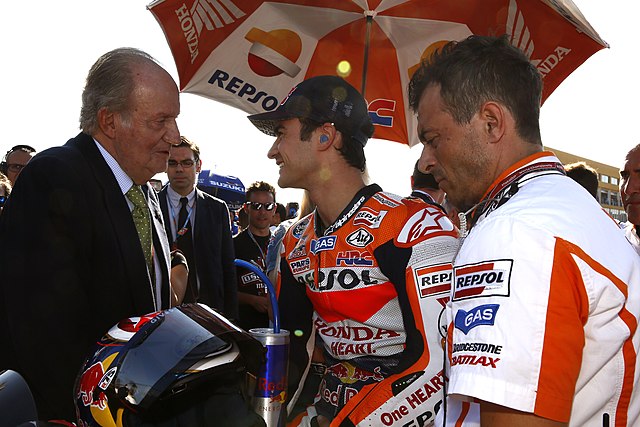 THE Concordia Real Española Association said on Tuesday, May 17, that the contribution made by the former King Don Juan Carlos during his reign was worth more than “€62 billion to the economy of Spain.”

The assessment, which looked at the 224 diplomatic trips made by the former king, said that his diplomatic visits were also responsible for creating more than 2.4 million jobs.

Concordia Real Española (CREE), a civil society movement for the defence of public institutions, reviewed more than 30 million documents in assessing the value of the king’s trip. That information has now been made publicly available on their website, https://unlegadoreal.es/.

Eduardo Serra, coordinator of the project, has defended the role of the king in opening doors, for example in the United Kingdom where many Spanish companies now have a strong foothold.

Serra said that his legacy lies in the simple fact that: “There are only three countries in the world that have multiplied per capita income by a hundred: Singapore, South Korea and Spain,” adding the former king was very much part of that achievement.

He continued, saying that: “The personality of King Juan Carlos made it possible for all this to be possible.”

A commissioner with CREE and a Vox politician, Ivan Espinosa de los Monteros, said that the review was undertaken with rigour and was cross-checked against a variety of sources to determine its accuracy. The numbers were put together by looking at company results for the three years following the king’s involvement.

Speaking of the possible return to Spain by the former king, who has been in self-exile in the Middle East, Serra said: “It is the first time that I am ashamed of being Spanish. We are unjust and ungrateful. We are treating you (the king) as we have not treated terrorists.”

“And we are being naïve,” a statement de los Monteros agreed with, saying: “I share the feeling of humiliation with this matter.”

The value of Don Juan Carlos to Spain is undeniable, bringing €62 billion and 2.5 million jobs, however he is remembered more for recent accusations of bribes than  he is for the good work that he did.