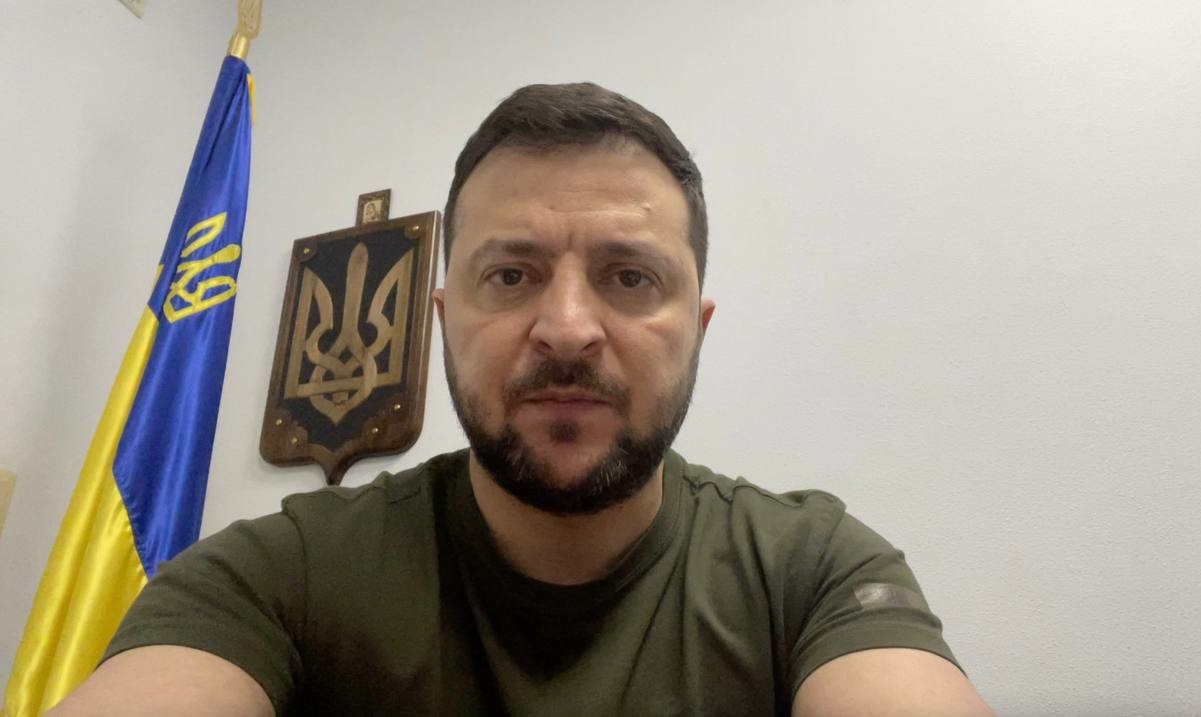 DURING his nightly address to his nation, President Volodymyr Zelensky – who will be speaking at the World Economic Forum ‘Davos’ meeting on Monday, May 23 – said: “Ukraine needs Ukrainian heroes alive. This is our principle. I think that every adequate person will understand these words.”

Speaking on Monday, May 16, President Zelensky told Ukraine that he plans to rescue all the remaining defenders at the Azovstal steel plant in Mariupol and stressed that every effort was being made to “bring the boys home”.

“A difficult day. But this day, like all others, is aimed precisely at saving our country and our people.”

Commenting on the situation in Mariupol, which yesterday (Monday, May 16) saw the evacuation of 53 wounded servicemen from the steel plant facility of Azovstal, Mr Zelensky said that “thanks to the actions of the Ukrainian military – the Armed Forces of Ukraine, intelligence, the negotiating team, the International Committee of the Red Cross and the United Nations, we hope that we will be able to save the lives of our guys.

“Among them are the seriously wounded, they are being provided with medical aid.”

He added: “The operation to rescue the defenders of Mariupol was started by our military and intelligence officers. To bring the boys home, the work continues, and this work needs delicacy. And time.”

The wives of some of the soldiers left in the Azovstal plant recently called on world leaders to demand the release of all those left at the facility.

Hannah Naumenko, Kateryna Prokopenko, Yulia Fedosyuk, Olga Andrianova and Daria Tsykunova told Ukrainian TV that not only the seriously wounded should be evacuated but rather everyone left inside the Azovstal plant, Mariupol because they are deprived of water, food and medicines.

“The number of wounded is constantly changing, because some are dying and others are being added to them through shelling and bombing. We know that there were some 700 men – now we do not know how many,” they said to reporters on the Espresso TV channel.

The women, who called the situation in the plant “dire” continued: “Of course, first of all, we need to evacuate the seriously wounded who can die the next day, but we insist on evacuating absolutely everyone. Because it is absurd: today we are evacuating all the wounded and tomorrow we will have two more wounded because there is constant bombing.”