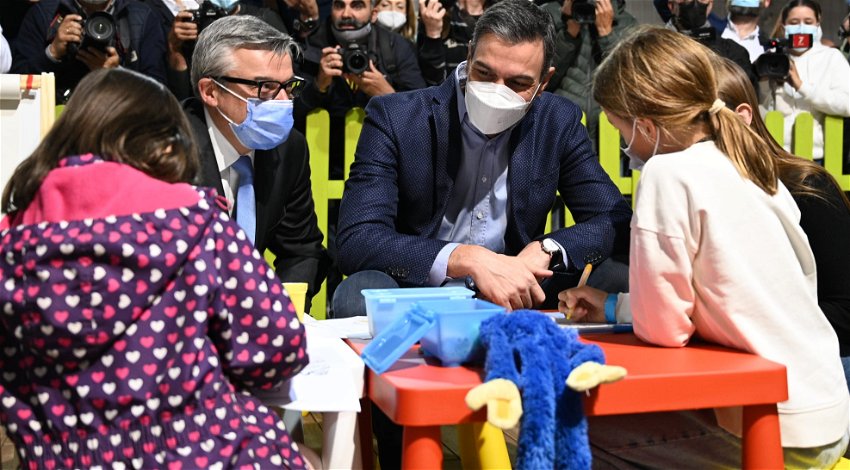 THE government of Spain has granted more than 100,000 temporary protection permits to people displaced by the war in Ukraine since the conflict began, according to recent data.

The data was provided by the Director General of the Police, Francisco Pardo, in an appearance at the Senate Interior Committee.

Pardo also reported on Tuesday, May 17 that more than 2,500 refugees are currently being attended to in police stations ‘daily’ at the four centres set up in Madrid, Alicante, Barcelona and Malaga.

On Wednesday, April 20, the president of the Spanish Government, Pedro Sánchez, visited the Ukrainian refugee centre in Malaga before flying out to Kyiv to meet Ukrainian President Volodymyr Zelensky.

The visit to the centre in Malaga concluded Sánchez’s tour of the four centres set up by Spain’s Ministry of Inclusion, Social Security and Migration.

The Madrid city of Pozuelo de Alarcón was the first to receive a visit from the president on March 14, followed by the Ciudad de la Luz facilities in Alicante at the end of March. On Friday, April 8, the president travelled to Barcelona to visit the refugee centre set up in the Montjuïc exhibition centre of Fira de Barcelona.

The centres aim to provide Ukrainians with a temporary protection permit, valid for one year, which allows them to live and work in Spain.

They also offer them temporary accommodation in the same facilities or in others located in surrounding areas of the facilities as well as efficient referrals to the most appropriate places in each case within the state system, in the Autonomous Regions or in family foster care.

Following his visit to Malaga, the Spanish Prime Minister then travelled to the Ukrainian capital to meet President Volodymyr Zelensky on April 21.

Interestingly, Sánchez and Zelensky are both scheduled to join the Davos Forum, an annual meeting run by the World Economic Forum (WEF) between May 22 to 26.