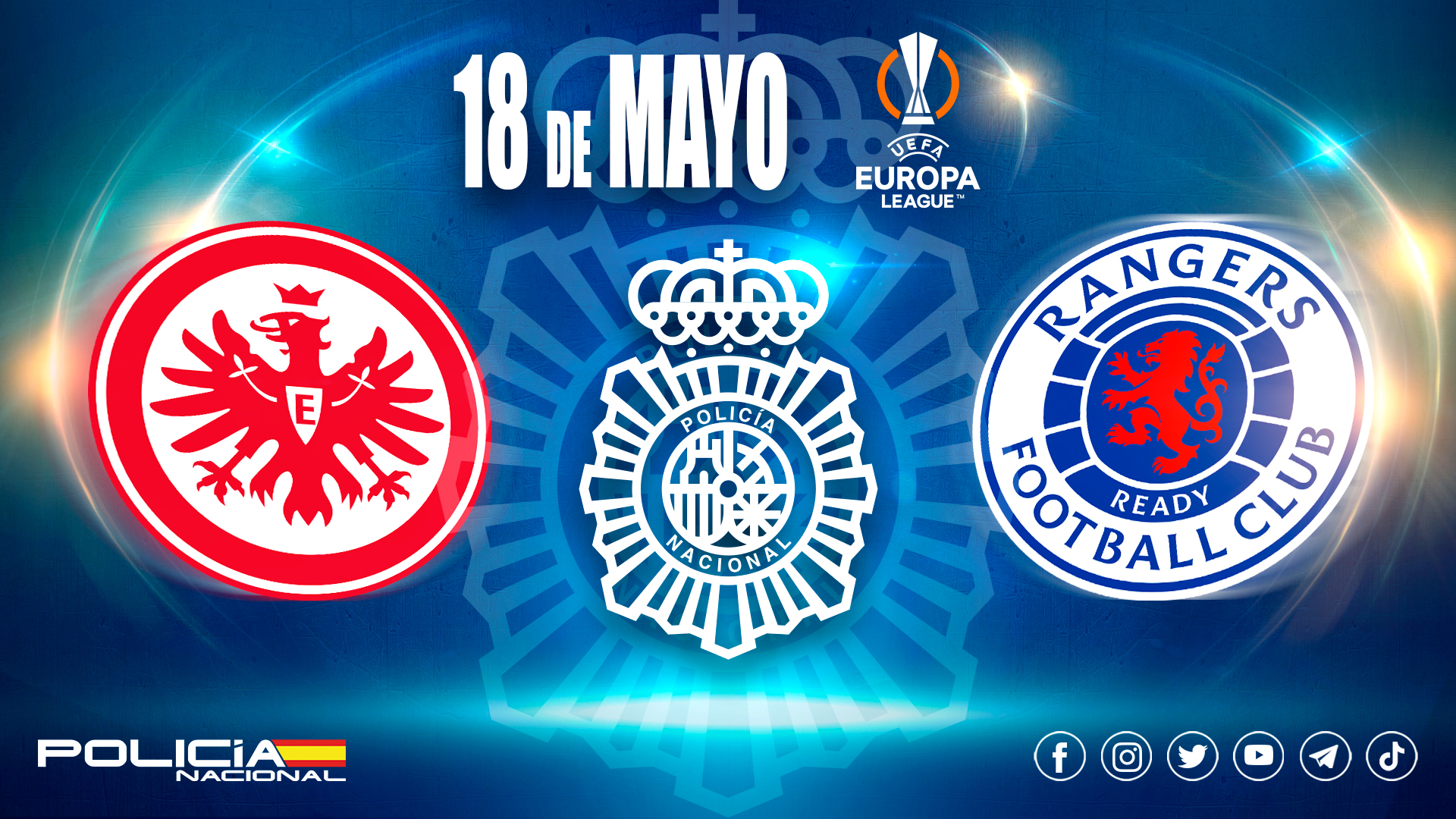 THE National Police in Spain has announced that extra officers have been drafted in to reinforce Seville ahead of the Europa League final between Rangers and Eintracht Frankfurt on Wednesday, May 18.

More than 1700 specialised National Police officers have been joined by a further 1400 officers from Seville’s Provincial Police Headquarters to reinforce the security in Seville ‘before, during and after ‘the game, according to police on Tuesday, May 17.

The game will be held at the Ramón Sánchez-Pizjuán Stadium and police have been offering helpful hints and tips for supporters via their social media platforms.

In one tweet, Spanish police warned fans of the heat and the sunshine currently burning brightly on the Costa del Sol.

“If you coming to Seville to enjoy the game, make sure you stay well hydrated, wear cool clothes and a hat to protect yourself from the sun,” a tweet read.

They also noted that fan zones set up for the teams will be open tomorrow from 11 am on Wednesday, May 18.

Fans of Eintracht Frankfurt will be able to access San Sebastian Prado Garden and Rangers fans will be in a zone located in Las Moreras car park, Alamillo park.

UEFA said the city “has flamenco, tapas bars and religious processions as well as football.”

They noted that “days in Seville are long and full of life and light, with many activities accessible until late at night.”

“Visitors will be struck by the city’s vast Gothic cathedral, its Moorish heritage, the narrow streets of the bustling Santa Cruz district, the avenues fringed with orange trees, and its peaceful atmosphere, not least down by the Guadalquivir river.”

Rangers are expecting around 20,000 fans at the game, with tens of thousands of football fanatics supporting the Glasgow club expected to touch down in Seville without tickets between today and tomorrow.