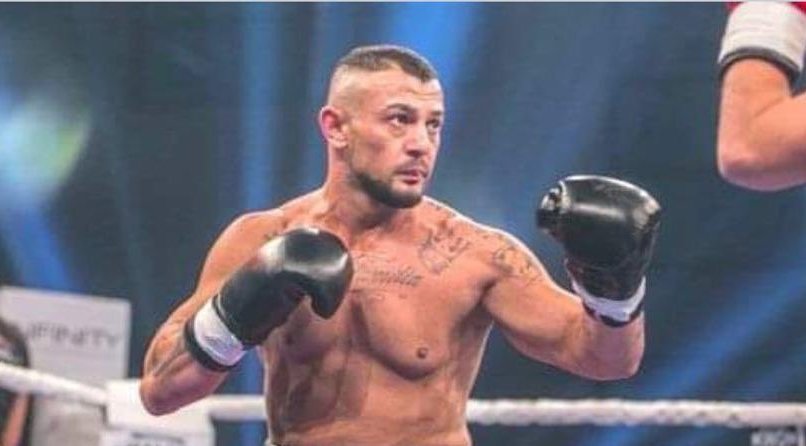 GERMAN boxer Musa Yamak died during his fight against Ugandan veteran Hamza Wandera over the weekend after suffering a heart attack in the third round.

Turkish-born German boxer Musa Yamak collapsed in the ring at a small German show in Buergerhaus, Garching, near Munich after reportedly suffering a heart attack. Tributes have been paid to the fighter following the news of his death.

Yamak, who was undefeated in eight professional bouts, was taking on Hamza Wandera (20-19, 3 KOs) on Saturday, May 14, however, after a taking a heavy blow in the second round, he returned for the third but collapsed to the canvas.

According to German reports, the 38-year-old tried to get out by the third round, but suddenly fell and became unconscious. He was pronounced dead in hospital after suffering a heart attack.

According to BILD, the event was cancelled after medics slowly made their way to the ring following delays due to heavy fan presence outside the venue.

A spokesman for the Munich police told BILD: “The paramedics saw turbulent scenes of emotionally charged fans and family members on site.

“To ensure the safety of the paramedics, we sent out a lot of patrols.

“We then set up a protection corridor on-site so that the paramedics could work safely and conscientiously.”

Yamak turned pro in 2017 and began slowly notching up some wins, but was unable to compete in more pro fights due to the Covid pandemic.

However, his biggest win came in his last fight when he won the WBFI title by knocking out Siarhei Huliakevich in November 2021.

Turkey’s National Assembly member, Hasan Turan, paid tribute to the Turkish-born fighter who he met prior to the fight.

“We lost our compatriot Musa Askan Yamak, a boxer from Alucra, who won European and Asian championships, at a young age after a heart attack”

“I wish God’s mercy on the deceased, whom we met at the Grand National Assembly of Turkey when he came to Ankara for the competition, and my condolences to his sad family and fans.”

Back in November, 24-year-old boxer Taurai Zimunya died in Zimbabwe after collapsing in the ring due to exhaustion.

Zimunya reportedly suffered heavy shots during the third round of the fight.

He was rushed to hospital but doctors were unable to save his life.