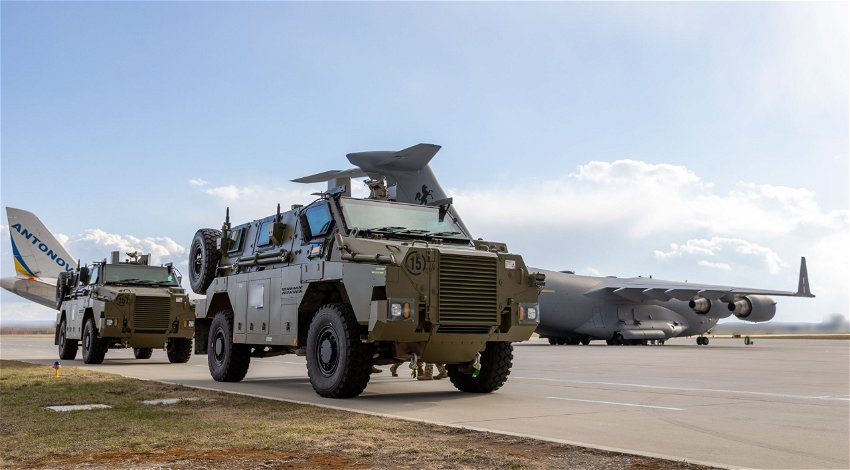 THE $60.9 million (€40.5 million) in new support for Ukraine takes Australia’s total contribution to date to over $285 million (€190 million), according to Australia’s Defence Minister Peter Dutton.

The Australian Government is providing further support for the people of Ukraine with “the gifting of 14 M113 Armoured Personnel Carriers (APCs) – €8 million – and a further 20 Bushmaster Protected Mobility Vehicles (PMVs) – €33 million – to the Government of Ukraine,” as per an announcement on Thursday, May 19.

According to Mr Dutton, Australia will also deliver 60 pallets of medical supplies, donated by Australian citizens to the Government of Ukraine, along with three pallets of radiation monitoring equipment and personal protective equipment, on behalf of the Australian Radiation Protection and Nuclear Safety Authority (ARPANSA) and Australia Nuclear Science and Technology Organisation (ANSTO).

“The Australian Government will continue to identify opportunities for further military assistance where it is able to provide a required capability to the Ukraine Armed Forces expeditiously,” Mr Dutton said.

“Australia stands with the people of Ukraine, and again calls on Russia to cease its unprovoked, unjust and illegal invasion of Ukraine.”

He added: “The Government will not disclose further specific details of the package, or delivery arrangements, at the direct request of Ukrainian officials and our other partners.”

Back in April, the first of 20 PMVs arrived in Europe ahead of delivery to Ukraine.

#AusArmy Bushmaster Protected Mobility Vehicles have been unloaded from a #AusAirForce aircraft at a European airport.✈️🚚

They are the first of 🇦🇺's gift of 20 PMVs to aid the Gov of Ukraine’s response to Russia’s illegal aggression.#YourADF #StandWithUkraine️ pic.twitter.com/EXDZmijt44

Recently, Australia announced that they were teaming with the UK and USA on counteracting the threat of China and Russia, in a move that sees the countries commit to “ an international system that respects human rights”.

A statement issued by the group said: “In light of Russia’s unprovoked, unjustified, and unlawful invasion of Ukraine, we reiterated our unwavering commitment to an international system that respects human rights, the rule of law, and the peaceful resolution of disputes free from coercion.”