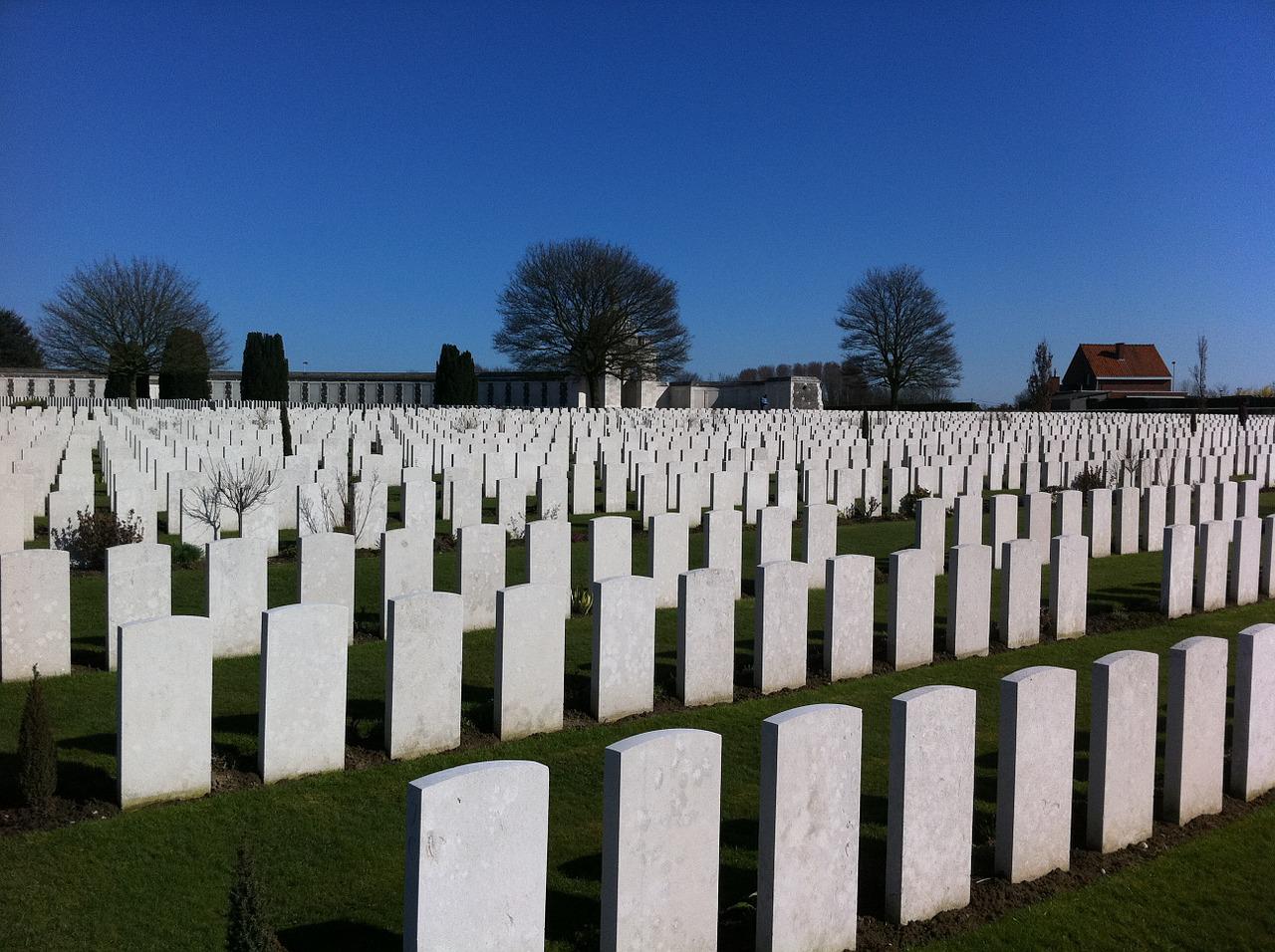 On Thursday, May, 19, the Ministry of Defence announced that the graves of Captain (Capt) Hugh Mortimer Travers DSO and Serjeant (Sjt) Frederick Cardy, who died fighting on the Western Front whilst serving with Irish regiments, have been rededicated in Belgium more than a hundred years after they died.

The Ministry of Defence gave a full statement on the Irish soldier’s rededicated graves on the official UK Government website stating:

“The services, which were organised by the MOD’s Joint Casualty and Compassionate Centre (JCCC), also known as the ‘MOD War Detectives’, were held at the Commonwealth War Graves Commission’s (CWGC) New Irish Farm Cemetery and White House Cemetery, near Ypres.”

“It is always a privillage to work with The Royal Irish Regiment to organise these services and to discover more of Ireland’s unique experience of the First World War. Both Capt Travers and Sjt Cardy paid the ultimate sacrifice in the defence of freedom and justice and it is as vital today as ever that their sacrifices are not forgotten.”

“Capt Travers was wearing these medal ribbons at the time of his death, which assisted with the identification of his grave.”

“The Adjutant of the battalion described Capt Travers as having ‘died the death of a soldier and a very gallant gentleman.’ Another member of the battalion stated that Captain Travers’ actions were ‘the coolest deed’ he had ever seen.‘It was gloriously brave.’

“As Capt Travers was recorded as missing he was commemorated on the Menin Gate.”

“I am very happy that a service has been held for my Great Uncle, Captain HM Travers, after so many many years.”

“I believe my grandfather, his brother, had no luck in finding him. This service is also for him. And of course Hugh’s fallen comrades. His stone is magnificent, I can’t thank the Commonwealth War Graves Commission enough.”

“The final resting places of Capt Travers and Sjt Cardy were discovered after researchers submitted evidence to CWGC hoping to have located them. ”

“Further research conducted by CWGC, the National Army Museum and JCCC, agreed with their findings and the identifications were confirmed.”

“The services were attended by representatives of the British and Irish Embassies as well as serving soldiers of The Royal Irish Regiment.”

“They were conducted by the Reverend Dr Isaac Thompson MBE, TD, DL, HCF, Chaplain to The Royal Irish Regiment.”

“Hugh Travers, born in India into a family where his father and both of his grandfathers were Army officers, joined the Royal Munster Fusiliers in South Africa in 1893. ”

“Bravery appears to have oozed from this young man’s veins. As a forty-one year old he arrived in France in October 1914 but by November 1914 he was killed near Ypres. Those who witnessed his bravery said, “He died the death of a soldier and a very gallant gentleman.”

“Capt Travers was a member of 5th Battalion The Royal Munster Fusiliers but on the outbreak of the First World War was attached to 2nd Battalion The Duke of Wellington’s (West Riding) Regiment.”

“He was killed during a bayonet charge near Gheluvelt on 8 November 1914, when the battalion was ordered to retake trenches on the northern side of the Menin Road.”

“He received the Distinguished Service Order for the part he played in this action. The citation for the gallatry medal read”:

“‘For conspicuous gallantry and ability on the 8th November 1914, near Ypres, in organising an attack and re-capturing a trench from the enemy, and subsequently for leading a second attack and capturing another position 50 yards further to the front. Captain Travers was killed whilst maintaining his post on this occasion.”

“Sjt Cardy was serving with 7/8th Battalion The Royal Irish Fusiliers when he was killed during the Third Battle of Ypres. At around midnight on 10 August 1917 his battalion moved into the frontline north of Frezenberg.”

“They were relieved at midnight on 12 August. It was during this time in the frontline that Serjeant Cardy was killed although the exact date is unknown.”

“Sjt Cardy was buried and a wooden cross was erected over his grave. In 1919, his remains were concentrated into White House Cemetery, but it appears the original grave maker was damaged and he could not be identified.”

“As Serjeant Cardy was missing he was commemorated the Menin Gate.”

“Frederick Cardy, a native of Suffolk, must have had his heart strings tugged to the limit when he learned of the birth of his son, Ralph back in England in July 1916. ”

“Within a year, in August 1917, this brave Royal Irish Fusilier, gave his life in the service of others, reflecting the motto of his regiment, “Faugh a Ballagh” (Irish for “Clear the Way”), a rallying cry that had inspired “Faughs” since 1811 and still today in their successors, The Royal Irish Regiment; young Cardy had cleared the way for his young son to grow up in a land free of war for another two decades.”

“The headstones over their graves will now be replaced by the CWGC, who will care for their final resting places in perpetuity. ”

“Having both been commemorated on the Ypres (Menin Gate) memorial until now, we are moved and honoured to be able to mark these brave men’s graves today. Thanks to the effort of many, the Commission will proudly care for their graves, and their memory, in perpetuity.”