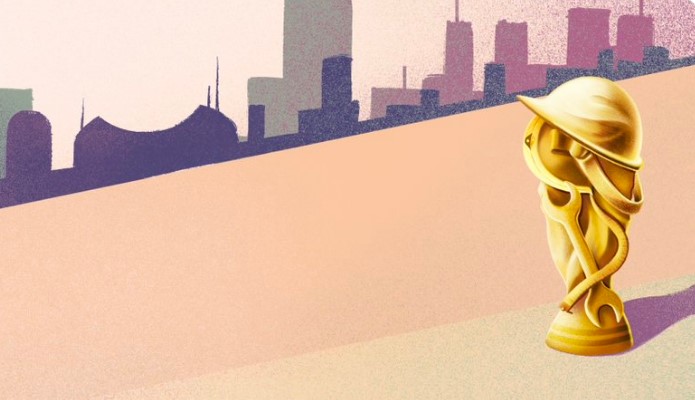 Human rights organisation Amnesty International has this Thursday, May 19, made a demand of world football’s governing body FIFA. Ahead of the 2022 World Cup in Qatar, the NGO has called on the entity to pay compensation to migrant workers.

These migrants have been involved in the construction of new stadiums for the prestigious sporting event in the Middle Eastern nation. Amnesty has suggested that a figure of at least $440 million (€416 million) in damages would be about right.

Ever since work began on the new football venues, Qatar has been heavily criticised for its treatment of the labour force.

In a statement, Amnesty International said: “FIFA should spend at least $440 million to repair the damage suffered by hundreds of thousands of migrant workers who were victims of human rights abuses in Qatar during preparations for the 2022 World Cup“.

This figure, according to the NGO, is equivalent to the amount of World Cup prize money on offer that the 32 participating countries will share.

“With six months to go before the World Cup kicks off, abuses will continue unabated unless the action plan put in place by FIFA and its partners is properly implemented”, the statement continued. “However, it is already too late to erase the past suffering, and it is time for FIFA and Qatar to put things right”.

Social reforms, and work condition improvements that were carried out by Qatari authorities on the construction sites since 2018 had been welcomed by Amnesty. FIFA, in response to the statement, told AFP that it was “currently assessing the proposal of Amnesty”, as well as those presented to them by other NGOs.

The number of deaths that human rights organisations and the international media have quoted to have occurred on the construction sites have always been vehemently denied by the authorities in Qatar.