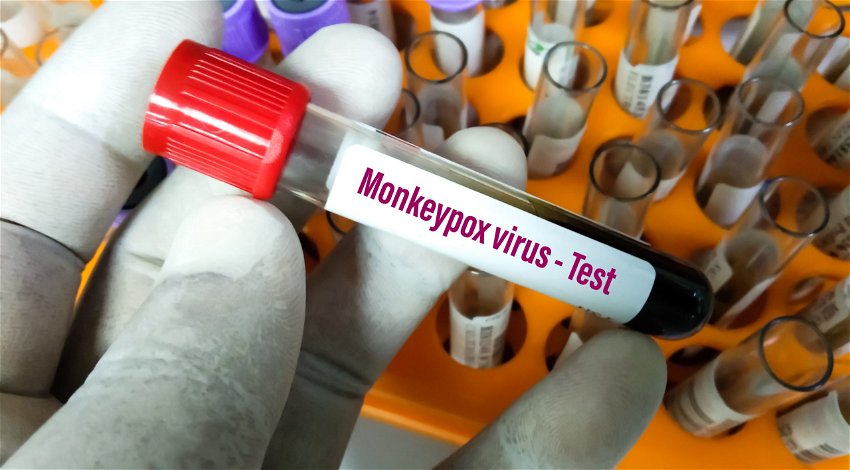 THE first case of monkeypox has been confirmed in Victoria, Australia, as the virus begins to spread around the world.

On Friday, May 18, the Department of Health in southeast Australia’s Victoria confirmed that a man in his 30s had tested positive for monkeypox. This follows new cases being reported in the UK, the US, Spain, Portugal and Canada.

According to the department, the man – who arrived in Melbourne on May 16 after travelling to the UK – developed mild symptoms before landing back in Australia and immediately sought medical attention before it was confirmed that he had monkeypox.

Chief Health Officer Professor Brett Sutton told reporters: “He had an extremely astute GP who has thought of monkeypox and referred him for testing which has led to early diagnosis, early isolation.”

“Some close contacts will be offered a vaccine, which can be effective up to four days after potential exposure.”

“Anyone who develops symptoms is being urged to seek care at their nearest hospital (while) wearing a mask and calling ahead to make sure they can be isolated away from others.”

“This is not anywhere near as transmissible, we do need to have a public health response and it needs to be proportionate, but beyond contact tracing and public health measures, it doesn’t really have implications for the rest of us at this stage.”

Monkeypox is a very rare disease caused by a virus endemic to central Africa, which usually presents with fever, myalgia, inguinal lymphadenopathy (swollen glands), and a rash on the hands and face, similar to that of chickenpox.

Although rare, cases of the virus have now been confirmed in several countries around the world.

One UK scientist believes that this is because Covid travel restrictions have been lifted.

Jimmy Whitworth, a professor of international public health at the London School of Hygiene and Tropical Medicine, said that the outbreak is “highly unusual” and suggested it was because “travel had resumed”.

“Historically, there have been very few cases exported. It has only happened eight times in the past before this year,” he said.

He added: “My working theory would be that there’s a lot of it about in west and central Africa, travel has resumed, and that’s why we are seeing more cases.”

A clinic in Spain’s Madrid, along with the World Health Organisation (WHO) and the UK Health Security Agency (UKHSA), believes that monkeypox is sexually transmitted.

Dr Jorge Romero, the Director of the Sandoval Centre, said: “It is transmitted sexually, and it can also be transmitted in other ways, but of course, it does so through sexual intercourse.

“The skin lesions that they are seeing in the clinic are wounds in the genital areas, mainly in the perianal area, but also in the oral area.”

The WHO and UKSHA said suggested that the monkeypox outbreak could be linked to people identifying as gay, bisexual or men who have sex with men.

“We are seeing transmission among men having sex with men,” said WHO Assistant Director-General Dr Soce Fall at a WHO press conference on Tuesday, May 17.

“This is new information we need to investigate properly to understand better the dynamic of local transmission in the UK and some other countries.”