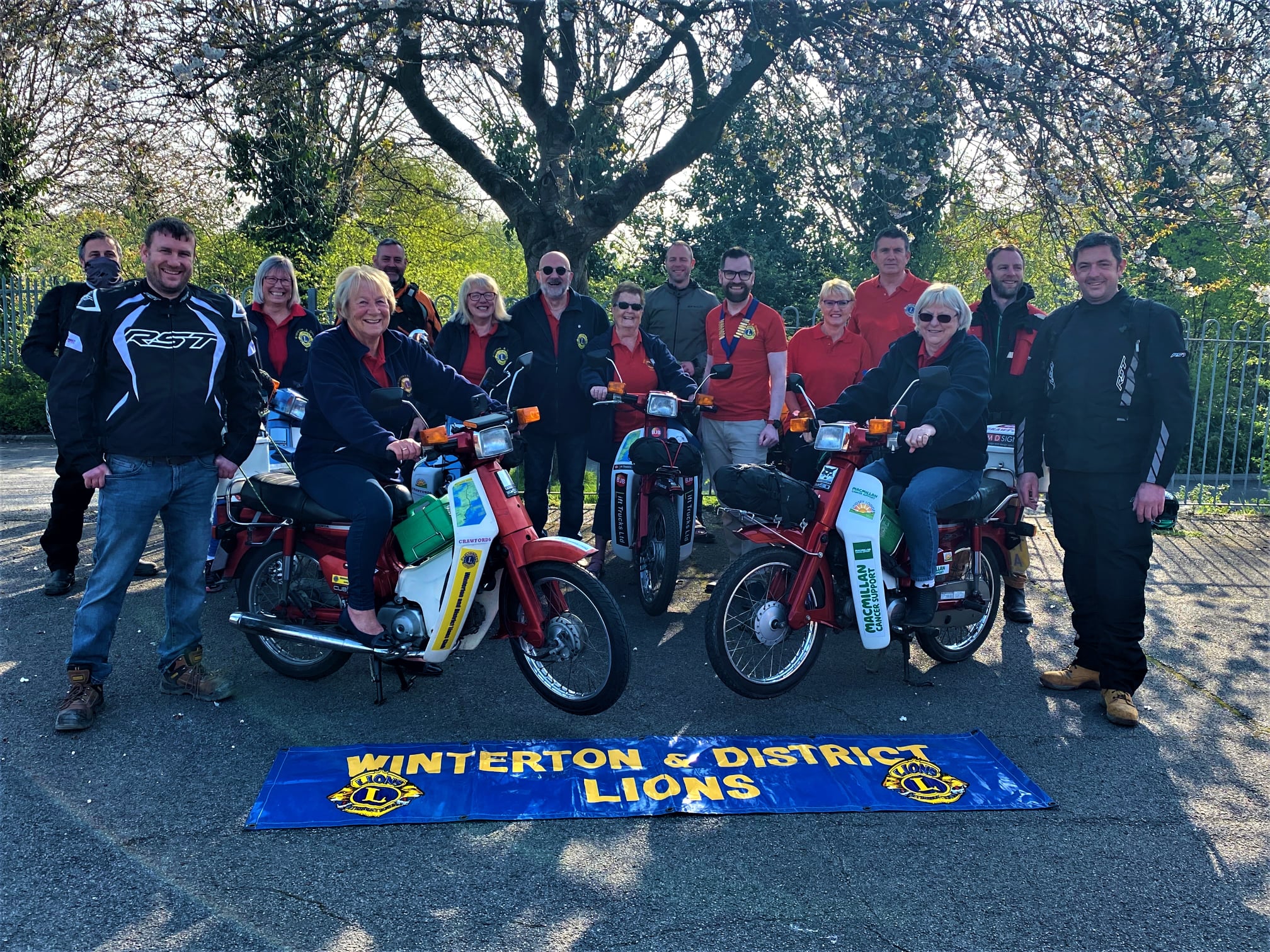 JOHN HAYNES and five pals set out for Benidorm on Sunday May 22.

Doubtless hundreds of others will be Benidorm bound that day, but their journey will not resemble John and Co’s 1,500-mile (2,414- kilometre) trek between Winterton in Lincolnshire and the Costa Blanca.

John Haynes, Lee Baker, Jonny Milner, Steven Joyce, Matthew Joyce and Jez Teasdale are travelling through six countries on Honda C90s and hope to arrive in six days on May 28.

This is a feat in itself, but it is also a charity ride because they are raising funds for Macmillan Cancer Support and Lindsey Lodge Hospice in memory of John’s father Rod Haynes, a professional speedway star who rode for the Scunthorpe Saints.

John and now wishes to give something in return for all the loving care and support that Rod and his family received during a most difficult time.

Their journey is no different from setting out for the unknown, John admitted, not least because the now classic Honda C90s that the six friends decided to buy are basically commuter bikes.

“At a push they can do 80 kilometres per hour,” he said.  “But we’re going to stick to around just over 60.  We’re going to nurse them through the journey and make sure we get there!”

And John, Lee, Jonny, Steven, Matthew and Jez really did decide to do the journey the hard way, as they will be camping out.

Although the initiative is called Benidorm Bound, the six friends will be staying in Finestrat where – yes, you guessed it – they’ll be camping.

But first they plan to ride along Benidorm sea front, before turning off at the Rincon de Loix and making for Coco Benidorm in Avenida Severo Ochoa.