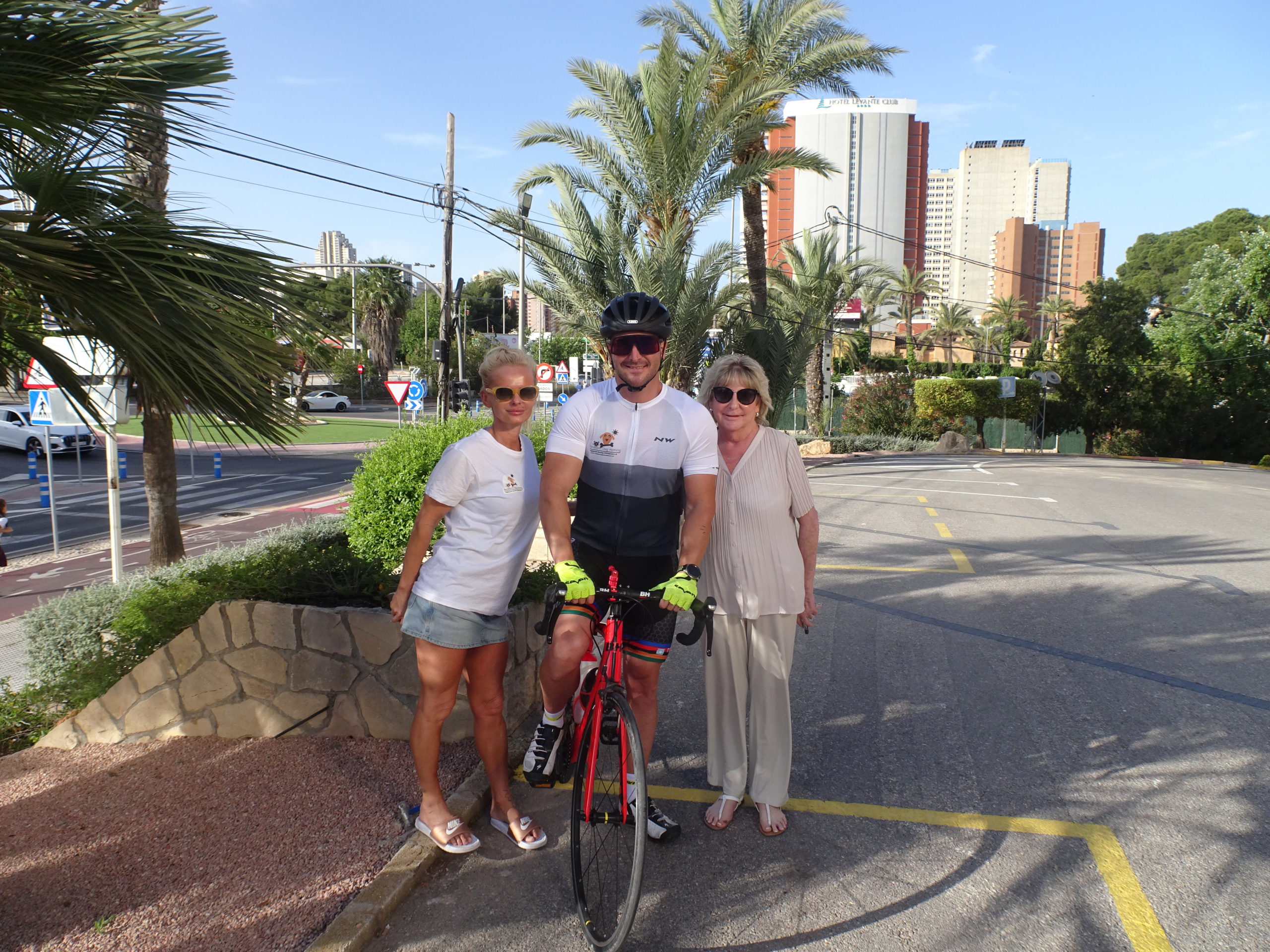 Benidorm Dog Homing is a charity dedicated to rescuing, treating and rehoming abandoned dogs in the Benidorm area and beyond.

“Benidorm Dog Homing is made up of three people, Margaret Cluckie, Marianne Jansson and myself, and we’ve always strived to be transparent and clear on where the money goes so that people can see how their donations make a huge difference,” stated Donna Sandland.

“These dogs are in dire situations, with the pandemic leading to so many people abandoning dogs because of costly vet bills, we’ve got dogs that need hip replacements, tumour removals and eye operations, so the work the charity does is amazing,” stated Cristina Climent, owner of Benidorm Palace and long time collaborator of the charity.

With a great cause behind him, David began his bike ride at 9.am, setting off from Benidorm Palace on what was potentially one of the hottest days of the year so far.

With the wind against him, David tackled the climb towards his first stop in Benissa making quick time, cooling down briefly outside Iceland.

David then took the next downhill leg to Gata de Gorgos at lightning speed, with his back up vehicle struggling to keep pace.

It was full speed ahead to the halfway point in Javea, arriving at Canela bar for a refuel of delicious spaghetti bolognese, garlic bread and a quick breather.

Temperatures carried on climbing, as did his next section of the ride, a long hard pull to Benitachell, where he made a guest appearance on Pure Gold FM hosted by John Curtis.

David then enjoyed a well-deserved downhill freewheel, all the way to Moraira’s American Bike Rental & Bar.

Leaving the sound of rock blues behind him, David braced himself for the midday’s sun and a long 31km slog to Altea. With the end in sight David confronted what he later said “was the toughest part of the route” with his legs “pedalling frantically like a seagull”.

After making the last pit stop at La Terraza by Helens, he pushed on to arrive triumphantly at Benidorm’s Mateos bar, an astonishing two hours ahead of schedule, greeted by a delighted crowd including a surprise celebrity appearance.

Commenting on his experience David stated: “Physically, barring a few cramps, I felt the best I’ve ever felt on a ride, it’s the longest distance I’ve ever done solo and for such a good cause I’d do it all again. ”

People can still donate to the bike ride in aid of Benidorm Dog Homing by using the following link: https://gofund.me/b9a8cc67