Flights suspended at Geneva Airport as fire breaks out nearby 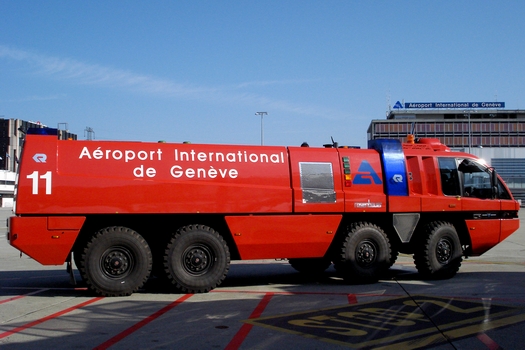 All flights from and into Geneva Airport were suspended on Friday, May 20 after a fire broke out at a nearby reception facility for asylum seekers.

A tweet by the airport said: “Due to a fire at the edge of the runway, landings and take-offs have been suspended since 5:35 p.m.

“A reopening of the runway, for take-offs initially, is envisaged around 7 pm local time.”

It is not yet known what caused the fire at the reception centre, which is currently under construction, but thick black smoke was creating visibility issues for planes operating from the airport.

Airport spokesman, Ignace Jeannerat, said that: “the new reception centre for asylum-seekers – which was under construction… it is on fire. It is outside the airport perimeter.

“It is creating a lot of smoke,”

The airport left it up to pilots whether their flights departed from the airport, but all arrivals and take-offs were suspended. Flights out of the airport began resuming after 7 pm, with the airport said to be operating as normal by the end of the evening.  Around 20 flights were said to be affected by the fire, with at least 11 cancelled.

The airport, located next to the Swiss border with France, has a single concrete runway almost 4 km long. It is the second-busiest airport in Switzerland, after Zurich.

With concerns for the safety of flights and passengers, many airlines chose to divert their aircraft to nearby airports, with flights suspended due to the nearby fire.