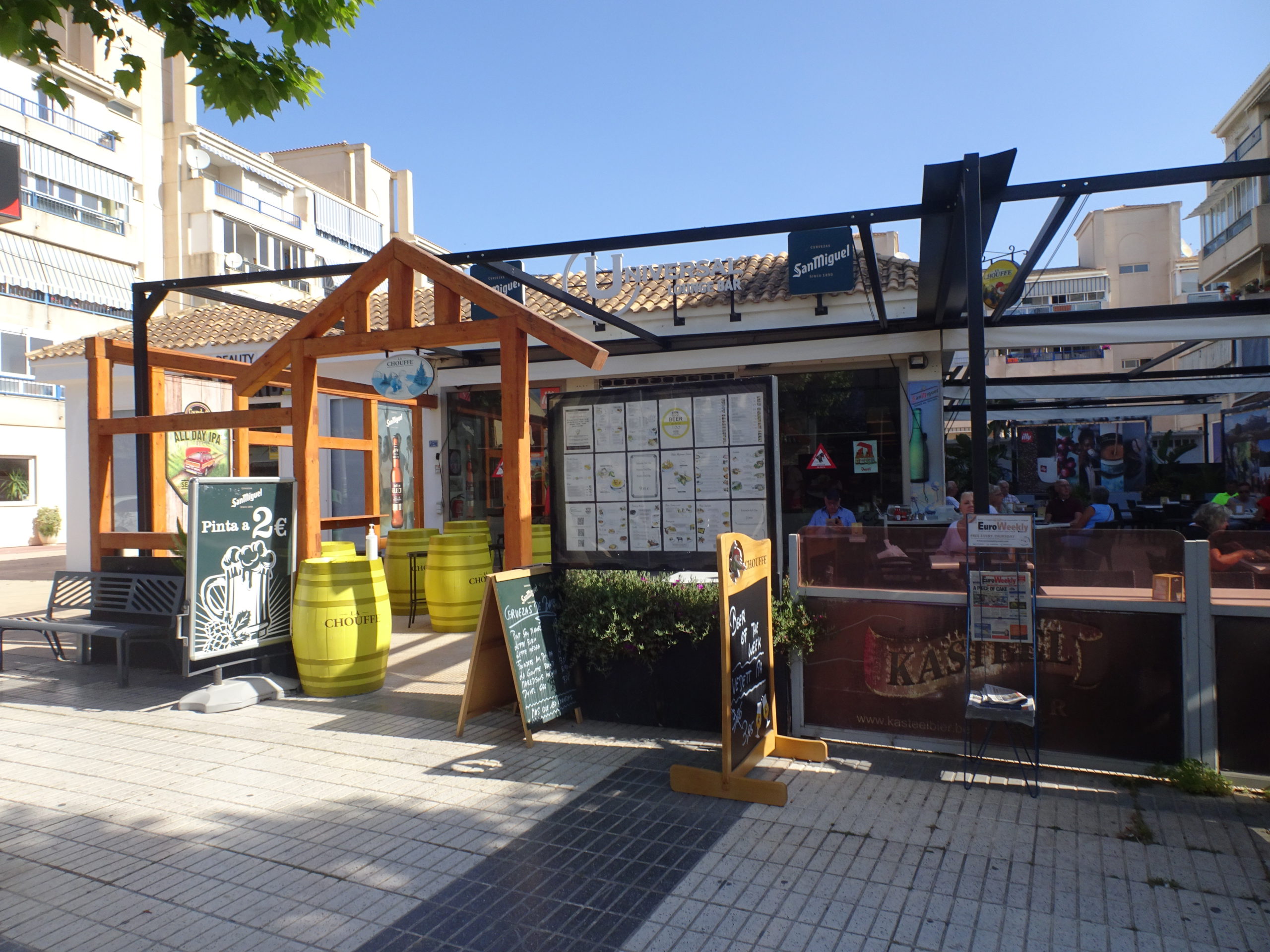 Owner Alain Vanden Bossche opened Universal Lounge Bar in 2008, one of the oldest original bars in the area, and has since expanded his beer selection to a whopping 150 beers from all over the globe, with Belgian beers La Chouffe, Leffe and Duvel on draft.

Alain’s beers all come served alongside the official brewery glass, with choices ranging from Belgium, France, England, Spain, Germany, Holland, America and many other countries.

“Our beer selection is extremely international just like our clientele, our terrace will often have more than 10 different nationalities at the same time, I never wanted our bar to be for one single nationality.”

Alain stated that his bar is recovering as well as you could hope following the pandemic, with the first few months of 2022 showing positive growth for the rest of the year.

“Beer is growing in popularity with young people in Spain. We’re seeing customers come and taste test four or five different beers in an evening and Spanish breweries are starting to experiment with different beer types that aren’t their classical lagers.”

“Lots of our beers have a lot of history behind them. Historically beer began to be produced to avoid diseases caused by contaminated water. Monks who had access to higher education were those who first started the production, then later began to rely on it as a way to accrue funds for the church, with monastery breweries allowing brotherhoods to survive to this day.”

Gentse Strop (Ghentian Noose)  is one example of Belgium beer served at Universal Lounge beer with a rich history with deep ties to Spain’s Charles V, who demanding war taxes from Flanders, Belgium, in 1537, personally headed to the City of Ghent and executed 25 of the main agitators who refused to pay taxes and then forced roughly 50 Ghentians to march through the city with nooses tied round their necks, which has since become a proud symbol of the people of Ghent, and latterly the logo of Gentse Strop beer.

Aside from beer, Universal Lounge Bar also serves “Illy” Italian gourmet coffee and a wide variety of food including steaks, hamburgers, ribs and much more.

Opening hours are from 9.30am to 9.30pm from Monday to Saturday, closing all day on Thursday and closing at 4.pm on Sunday. The summer months see the bar open till midnight.

So if you fancy discovering your new favourite beer make sure to pay a visit to Albir’s Universal Lounge bar; As one of Alain’s posters states: Beer doesn’t always solve your problems but neither does water!”