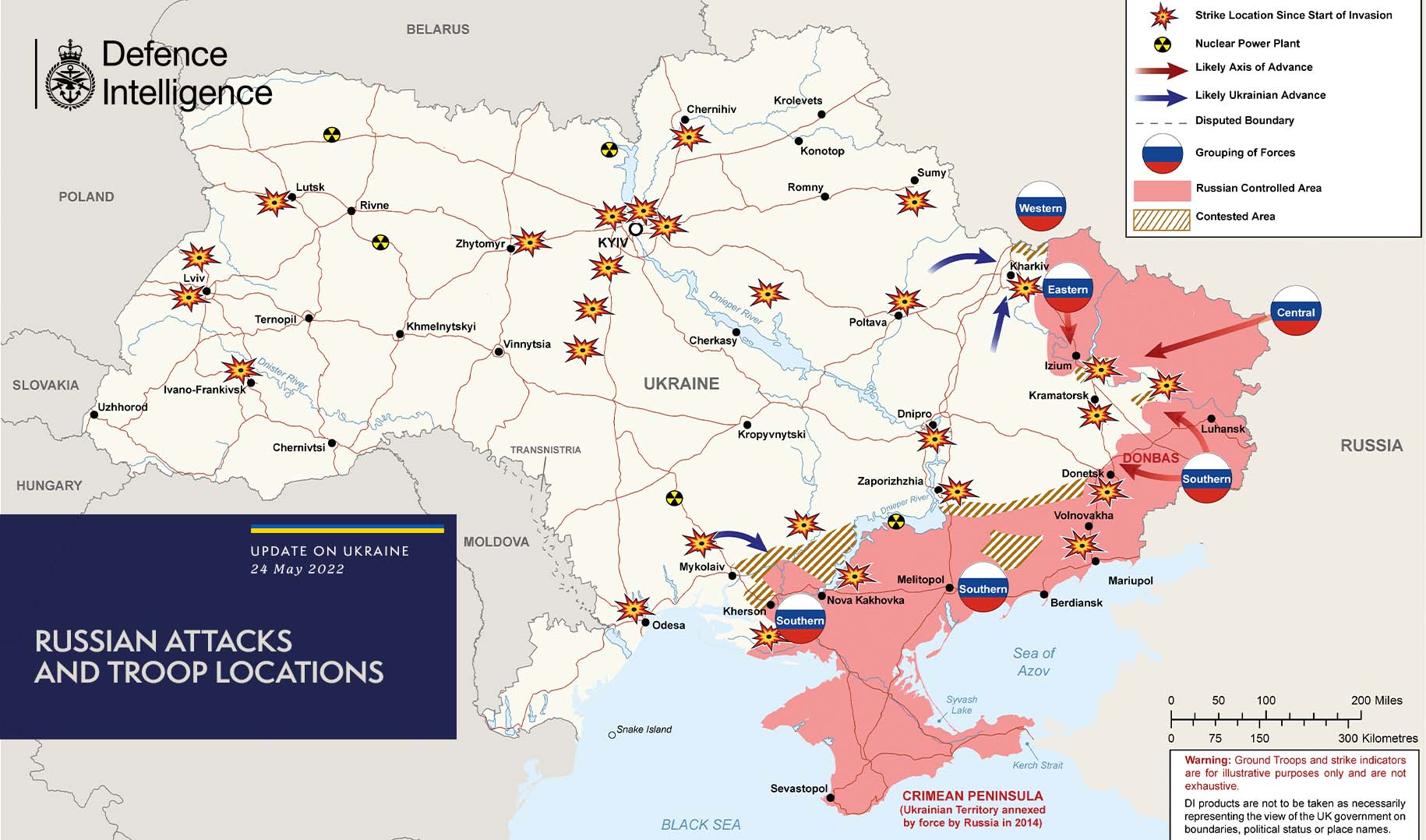 THE British Ministry of Defence has released its latest Defence Intelligence update on the situation in Ukraine with a map highlighting Russian attacks and troop locations.

British Defence Intelligence has revealed that Russia has increased the intensity of its operations in the Donbas as it seeks to encircle Severodonetsk, Lyschansk, and Rubizhne.

On Tuesday, May 24, the latest map update of war-torn Ukraine shows that the northern and southern axes of this operation are separated by approximately 25 km of Ukrainian-held territory.

A report from the MoD said that “there has been strong Ukrainian resistance with forces occupying well dug-in defensive positions. Ukraine’s long-established Joint Force Operation likely retains effective command and control of this front.

“Russia has, however, achieved some localised successes, due in part to concentrating artillery units.”

There have been huge battles in the Severodonetsk region, which was revealed in the latest Ukrainian Minister of Defence’s Russian combat losses.

On Tuesday, May 24, the General Staff of the Armed Forces of Ukraine revealed that Putin’s army had suffered the greatest losses on Monday, May 23 in the Severodonetsk region.

As noted by British intelligence, “Russia’s capture of the Severodonetsk pocket would see the whole of Luhansk Oblast placed under Russian occupation. While currently Russia’s main effort, this operation is only one part of Russia’s campaign to seize the Donbas.”

On Tuesday, May 24, Mr Wallace said: “The United Kingdom stands firmly with Ukraine as it defends itself against President Putin’s unprovoked and illegal invasion.

“Together with our international partners, we are continuing the supply of military aid and will do all we can to ensure Ukraine prevails.”

International partners and allies from more than 40 countries came together virtually yesterday for a US-convened donor call to continue to coordinate the ongoing supply of military aid to Ukraine.