Explosive cocktail of thunderstorms to hit Spain on Tuesday and Wednesday 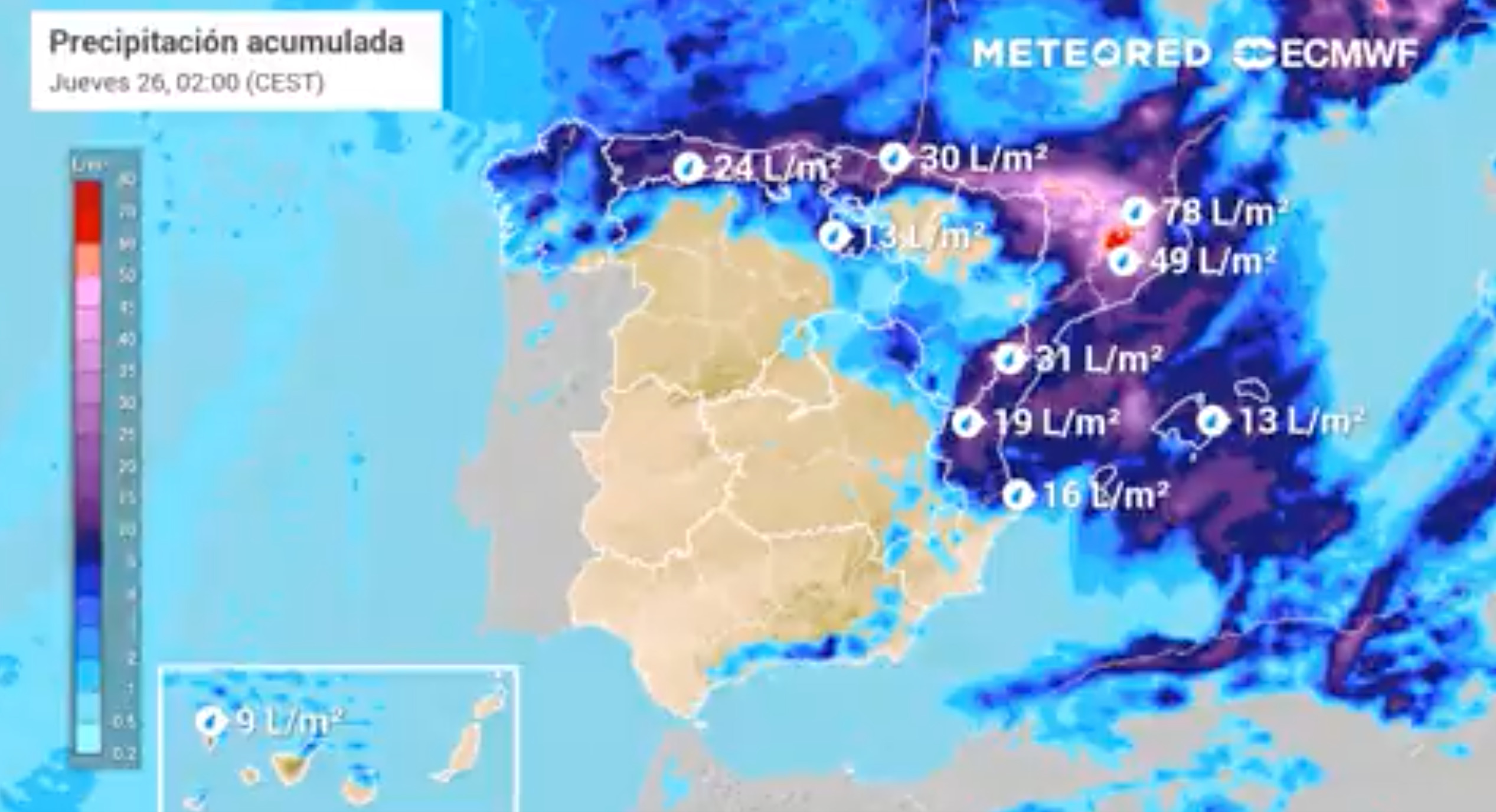 Meteored weather forecasters claim that Spain will be hit by an “explosive cocktail of thunderstorms” in the next few days, ending the soaring temperatures seen over the last week.

Meteored took to social media to post information on the thunderstorms set to hit Spain stating: “Tomorrow a trough 〰️ will cause rainfall in the north and east of the peninsula. Also in the Balearic Islands.”

“In the vicinity of the Mediterranean, a large part of these accumulations 💦 will be collected in just a few minutes. The storms will be strong ⚡🚨!”, read the tweet posted by Meteored, alongside footage of a map showing the areas affected most by the downpour.

Meteored claims that Spain will be hit by an “explosive cocktail of thunderstorms” over the next few days, with their full weather forecast stating:

“An extensive release of cold air from the Atlantic will cause unstable and unsettled weather in many regions of Spain during the next 48 hours. The intense heat accumulated in low layers will be a perfect fuel to develop convective clouds and produce locally heavy downpours.”

“The evolution of the air masses will be marked by the approach of a trough from Brittany towards the northeast of the Iberian Peninsula, crossing the Pyrenees. During the early hours of Wednesday morning, this cold air will be isolated from the general atmospheric circulation and will cause a small low at altitude or a DANA.”

“The temperature change will be exceptional. Temperatures will go from 12 or 15 ºC above normal to below normal for this time of year in Spain. A real roller coaster of temperatures that has left us with record values for a canicular summer in the middle of spring and will lead to a cool atmosphere in mountain areas, and even with snowfall below 2000 metres.”

“This trough will literally collide with the accumulated surface heat and high humidity in the Mediterranean. These factors can be “explosive” to unleash adverse phenomena such as torrential rains, severe storms and even a tornado or waterspout.”

“Thus, Tuesday will see widespread rainfall throughout the Cantabrian Sea and heavy storms in the northeast. Special warning to Aragon, Catalonia, Valencia and the Balearic Islands, where heavy showers may occur, accompanied by gusty wind and some violent phenomena.”

“Total accumulated rainfall across Spain will range between 15 and 40 litres per square metre, although the storms are very capricious and irregular, which means that it may pour in one town with only a few drops in the adjacent village.”