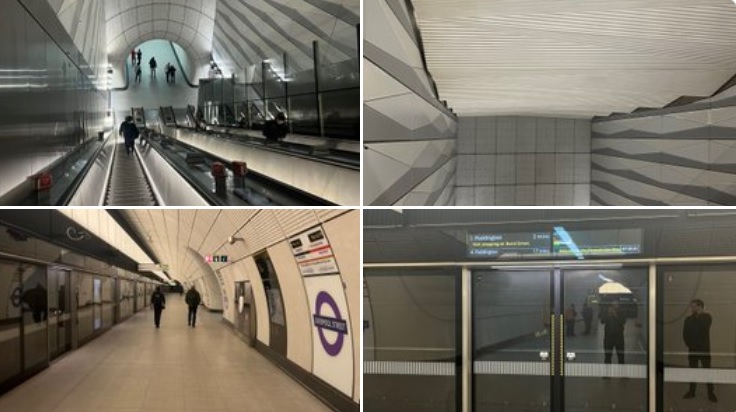 After nearly four years of delays, London’s Elizabeth I line has finally opened to the city’s commuters.

Massively over budget and well past the proposed completion date, the £18.9 billion (€22.25 billion) Crossrail project is expected to give the city a massive boost as it cuts travel times from the east to the west.

Stretching from Reading in Berkshire and Heathrow Airport in the west to Abbey Wood in the southeast and on to Shenfield in Essex, travelling times will be more than halved. But for now the train will only operate as three separate sections, with end to end trains only expected to begin operating after summer.

The delay in operating the end to end service will mean longer travel times and the need to change trains, however it is still expected to save a significant amount of travel time.

The first train left this morning to great fanfare, with around three hundred people coming from all over the UK to be the first to ride the new service.

The Elizabeth line is now open for passenger service 💜👑

Be sure to share your photos with us! 🤗 pic.twitter.com/cB0uPsiztF

London’s Mayor, Sadiq Khan was on hand to see the train leave Paddington along the Elizabeth Line, heaving a sigh of relief as it left. Telling reporters that he felt like ‘the little boy before Christmas’ ahead of the service running, he called the line a “game changer” that will “transform our city.”

Transport for London (TFL) estimates annual passenger numbers will surpass 170 million by 2026, with its tunnel taking passengers from one side of the city to the other without stop.

In addition to the delays to end-to-end service, the train will also be closed to passengers on Sundays to allow further testing and software updates to take place. The service will however be open for the Platinum Jubilee weekend, when it is expected to operate at full capacity.

The long awaited service was beset with difficulties, suffering numerous issues, including construction difficulties and complications installing the signalling systems. Due to be completed in December 2018 and with a record budget of £14.8 billion (€17.4 billion), the service has opened four years late and £5.1 billion (€6 billion) over budget.

Now four years late, the Elizabeth line, which is named in honour of the Queen, has been opened in time for her platinum jubilee.