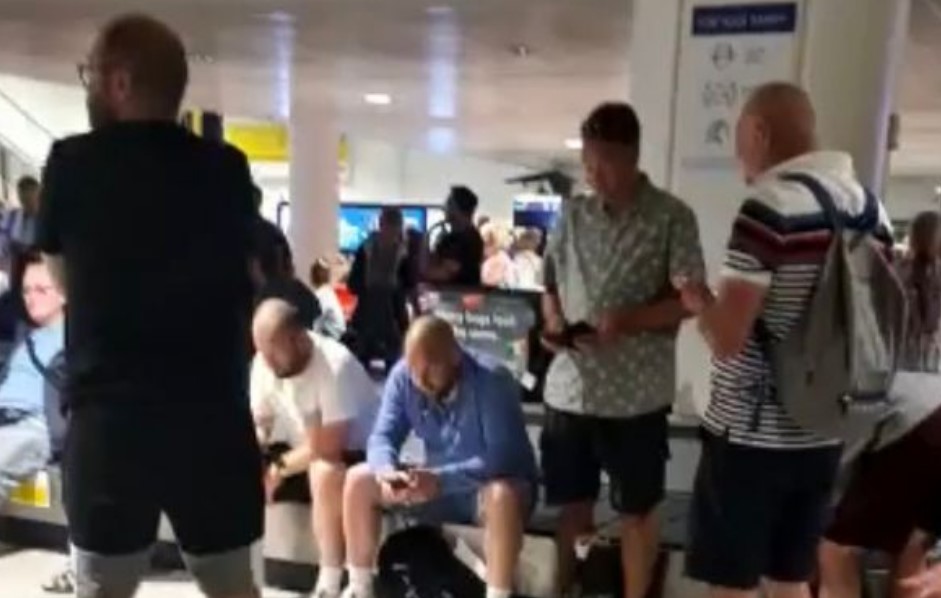 A traveller at Manchester Airport took over a tannoy and sang the Neil Diamond classic Sweet Caroline after being fed up with the delays.

The moment the traveller took over a tannoy was captured by Anees Iqbal in the baggage area in Terminal 3 on Sunday, May 22, as reported by the Manchester Evening News. He said other bored passengers started to join in the singing after they had been waiting for over two hours to collect their baggage.

Mr Iqbal described the scenes in the airport as “absolutely manic” and said that there were no staff around to enquire about the delays. He said the unknown passenger became so annoyed with the waiting that he plugged his phone into the tannoy and played the popular song.

He told the M.E.N: “Everybody was that bored they were all singing along – it was the only thing to laugh about. I don’t know how many areas it was connected to – if it was playing in the whole airport or just the baggage area – but the alarming thing was nobody came over and told him to stop. He played the whole song.”

“We had no issues getting through passport control, but as soon as we got into the baggage reclaim area it was absolutely manic. There were flights from Alicante and Bordeaux where people told me they’d been waiting two-and-half hours for their bags.”

“There were no security, no staff anywhere to ask. There was no one on the airline desks and everybody was ringing the phone numbers but they just kept ringing out. I know the airport is struggling at the minute, but it was just chaos.”

A Manchester Airport spokesperson said: “We are sorry to hear that some passengers faced extended waits in baggage reclaim over the weekend. After a very damaging two years, our whole operation is facing resourcing challenges at present, including many of the third parties operating on our site, such as baggage handling agents.”

“We and our partners, including airlines and baggage handling agents, are actively recruiting for hundreds of roles and in the meantime we will continue to work together to ensure processes are running as efficiently as they can, and to mitigate staffing challenges as far as possible.”