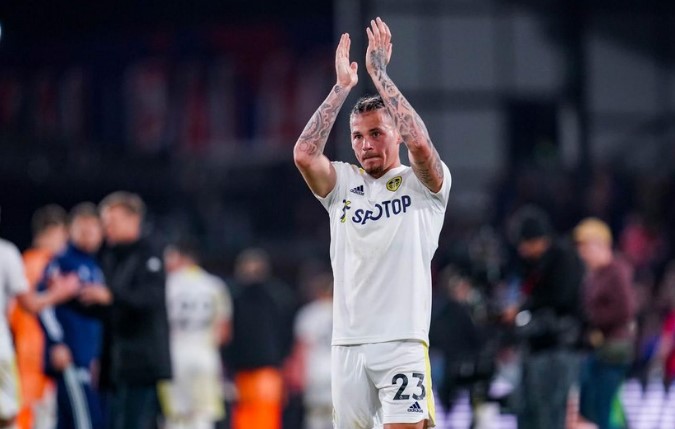 Leeds United midfielder Kalvin Phillips is thought to be on the radar of Manchester City to replace Fernandinho.

English Premier League champions Manchester City are believed to be eyeing up the 26-year-old Leeds United England midfielder Kalvin Phillips, according to the Daily Mail today, Tuesday, May 23.

Club captain, and central midfielder, Fernandinho, played his last game for the Etihad club this Sunday, May 22 in the title clincher against Aston Villa. The Brazilian has spent nine trophy-laden seasons with City and will now go back to his homeland and join Athletico Paranaense.

Despite the Elland Road club only narrowly avoiding relegation on the final day of the season, Phillips has enjoyed a successful spell. The England star could be seen as an ideal player to slot into the central midfield role that Fernandinho has vacated, although Rodri is already at Pep Guardiola’s disposal. and has been playing in that position.

City already has two new players joining them this Summer. They won the battle for the signature of prolific striker Erling Haaland from Borussia Dortmund, and River Plate forward, Julian Alvarez, is also on his way.

Four of the current Etihad stars will enter the final year of their contracts this summer. Ilkay Gundogan, the two-goal hero last Sunday, Raheem Sterling, Riyad Mahrez, and Brazil’s Gabriel Jesus are yet to confirm their futures.

Jesus is thought to be weighing up a move to either Tottenham or Arsenal, and has openly admitted: ‘About my future, it’s still uncertain. I have already expressed my desire to the people at the club and to my agent. I have in my head very clear what I want’.

England star Sterling will be on duty with the national team for the next three weeks, and the 27-year-old has not given any indication about his plans at club level.