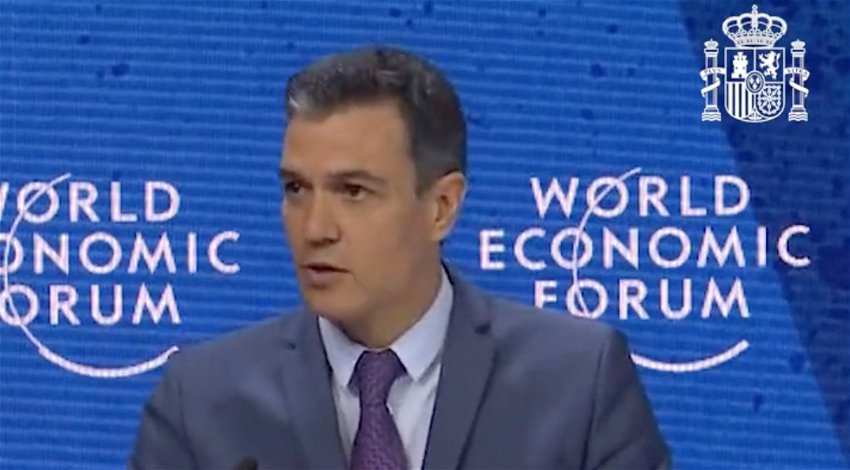 SPEAKING at the World Economic Forum’s annual ‘Davos’ meeting, which also hosted a remote address from Ukrainian president Volodymyr Zelensky, President of the Spanish Government, Pedro Sánchez, announced that the leaders of Sweden and Finland will attend next month’s NATO summit as guests.

During his Davos address on Tuesday, May 24, Spanish Prime Minister Pedro Sánchez said that both Finland and Sweden have been invited to Madrid for the NATO summit on June 28.

Following the recent request from both countries to join the North Atlantic Military Alliance, which has been the subject of backlash from both Croatia and Turkey, Mr Sánchez said that his intention at the Madrid summit is to strengthen the ties between the EU and NATO.

He also announced his desire to speed up the NATO membership process of Finland and Sweden, whose integration into NATO must first be approved by the parliaments of each of the member countries.

The 50-year-old also offered himself as a mediator so that some Latin American countries that have doubts about Russia could potentially join NATO in the future.

During his speech, Sánchez placed special emphasis on denouncing “Putin’s regime” and the “humanitarian crisis” his invasion has caused.

He added: “We are seeing the end of the era of naivete. We are seeing how our values ​​have to be defended. Putin’s frontal attack reminds us that the future is a land to be conquered. There is nothing inevitable about the rise of extremism, inequality, and tyranny. There is an opportunity for the values ​​of democracy, freedom and international law.

“It is time to trust ourselves. Democracy and multilateralism may be complicated, boring and imperfect, but we now know that they are the only path to lasting peace and freedom. The time for complacency is over.”