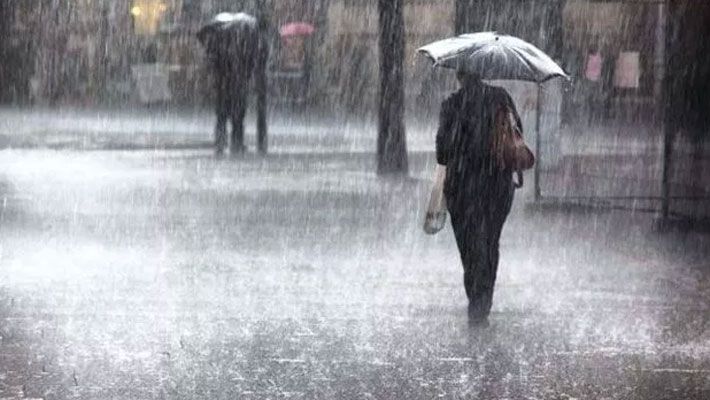 Image of a person walking in the rain. Credit: Creative Commons

After a weekend of intense heat, AEMET, the State Meteorological Agency has warned of rain, storms, high winds, and coastal phenomena, for Tuesday, May 24. The weather experts have issued yellow alerts for twelve provinces across Spain, as the result of destabilisation of the atmosphere.

Specifically, there is a high risk of around 20litres/m² of rainfall accumulating in one hour in Barcelona, ​​Gerona, Lerida, Teruel, Castellon, Valencia, and Alicante. The alert will stay in place right through Tuesday. A warning is also issued for storms in the last two of those regions.

A yellow warning will also be in force for southwesterly winds blowing with maximum gusts of up to 70kph in Almeria, along with coastal phenomena in Gerona, Almeria, Granada, and Malaga.

Catalonia can expect locally strong showers. In the south of the Iberian system, and in the surroundings of Cabo de la Nao, the winds will blow at strong intervals in the Ampurdan and Alboran regions. Temperatures will also fall in general.

This sudden change in the weather is brought by a relatively unstable humid flow from the northwest of the Atlantic. It will affect a large part of the northern and northeast thirds of Spain, where the skies will remain cloudy, with rains and scattered showers.

Around the eastern Pyrenees and northeast Catalonia, these showers could also be locally strong, with storms possibly becoming persistent in areas of the eastern Cantabrian Sea and northern Navarra.

In the rest of the Peninsula, cloudy intervals are expected, with showers and storms probable in the south of the Iberian system, and in the Valencian community.

As for the Canary Islands, the AEMET forecasts cloudy skies, more abundant in the north of the archipelago, without any significant changes in temperatures.

The AEMET does not rule out that tomorrow’s rain could turn into snow in the Pyrenees at the end of the day, in altitudes from 1,600 to 1,800 metres. Daytime temperatures will have a marked decrease, which may be notable in much of the north and east of the country.