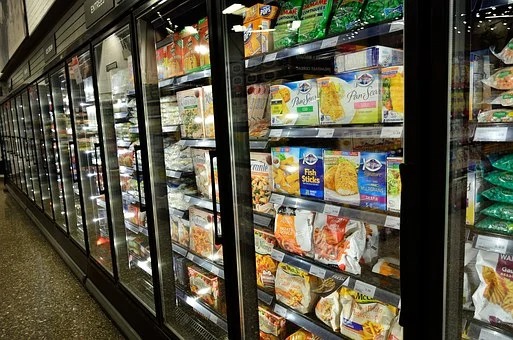 Grocery inflation has hit its highest level in 13 years as the war in Ukraine continues to affect grain supplies, with experts warning there is more bad news to come.

According to a report by the Kantar Worldpanel released on Tuesday, May 24, inflation in British supermarkets has risen to seven per cent from the previous month’s 5.9 per cent.

Surging energy, fertiliser and grain prices are said to be behind the sharp rises, with pet food, savoury snacks and fresh meat, the hardest hit. The shortages follow those caused by the pandemic, which had already kick-started the upward trend.

But it seems that we are not out of the woods yet, with many experts suggesting that prices could continue to rise for the rest of the year. One of those is the boss of Arla Foods who told Sky News last week that prices were rising at a rate not seen before.

Arla’s warning has been echoed by many other UK grocery suppliers.

The report, which covers the grocery market over the 12 weeks to May 15, suggests that supermarket sales are down as much as 4.4 per cent on the previous year as shoppers struggle to make ends meet.

The figures correspond with those released by the Office for National Statistics (ONS), who say the main consumer prices index measure of inflation had hit a 40-year high of nine per cent in April.

Fraser McKevitt, Head of Retail and Consumer Insight at Kantar, said: “People are really feeling the squeeze at the supermarket tills, and they’re having to stretch their budgets further to accommodate rising prices.

“To put the most recent numbers into context, if you were picking up supplies for a family fry-up over the long weekend with toast, eggs, sausages, bacon, and beans it would cost you £6.83 (€7.96), that’s a significant 40p 947 cents) increase on last year.”

He added: “In our recent Kantar Pressure Groups survey, 43% of households described themselves as ‘managing’ while 22% said they were ‘struggling.

“Within the growing group of shoppers struggling to make ends meet, the rising price of groceries is of concern to over nine in 10 people, making it the second most important issue behind the spiralling cost of energy bills.”

Despite the bad news, the UK’s Prime Minister said on Monday that everyone would “just have to wait a little bit longer” for news of the latest support package. He has been accused of dithering and flip-flopping over windfall taxes and other measures of support, but so far he has not come up with any plans to help consumers out.

The only policy, announced so far, has been holding off on increasing prescription charges.

Whether, as in the words of the Chancellor of the Exchequer Rishi Sunak, the government can do anything to impact UK Grocery inflation as it hits its highest level in 13 years, is true. What is clear is that the war in the Ukraine and other supply chain issues being experienced worldwide, will continue to drive prices upwards.