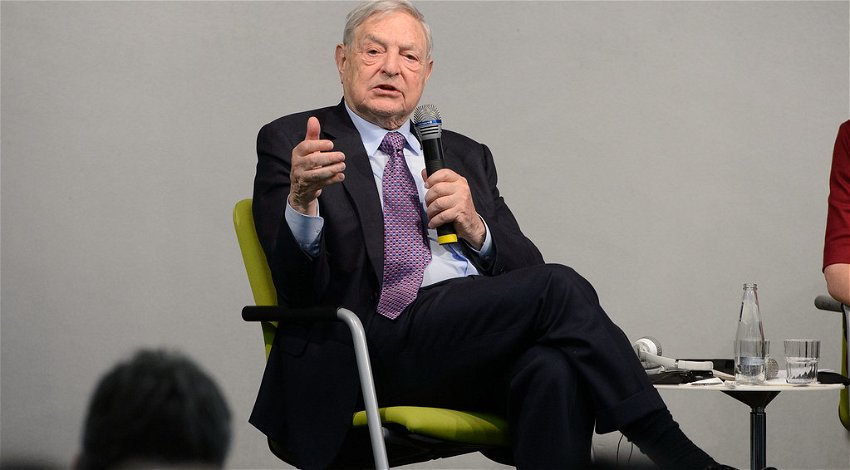 Speaking at the World Economic Forum in Switzerland, Hungarian-American George Soros told the world elite at Davos 2022 that Russia’s invasion of Ukraine could ‘spark World War III and lead to the end civilisation as we know it.’

Giving his traditional dinner speech on Tuesday, May 24, he said: “The invasion may have been the beginning of the Third World War and our civilisation may not survive it.

“We must mobilise all our resources to bring the war to an early end. The best and perhaps the only way to preserve our civilisation is to defeat Putin as soon as possible,” he said.

He continued: “The invasion of Ukraine didn’t come out of the blue. The world has been increasingly engaged in a struggle between two systems of governance that are diametrically opposed to each other: open society and closed society. Let me define the difference as simply as I can.

“Other issues that concern all of humanity – fighting pandemics and climate change, avoiding nuclear war, maintaining global institutions – have had to take a back seat to that struggle.

He added, again: “That’s why I say our civilisation may not survive.”

Soros was joined by Spanish Prime Minister Pedro Sánchez at this year’s Davos Forum and he took the opportunity to invite the leaders of both Finland and Sweden to the NATO summit in Madrid next month.

Mr Sánchez said that his intention at the Madrid summit is to strengthen the ties between the EU and NATO.

He also announced his desire to speed up the NATO membership process of Finland and Sweden, whose integration into NATO must first be approved by the parliaments of each of the member countries.

Speaking about Finland and Sweden’s applications to join NATO, Mr Stoltenberg called their decision to apply for NATO membership “historic”.

The move “demonstrates that European security will not be dictated by violence and intimidation. All Allies agree that NATO enlargement has been a great success, spreading freedom and democracy across Europe.

“So I am confident that we will be able to find a way to address all Allies’ security concerns and welcome NATO’s closest partners into our family of free nations,” he said.

“In the meantime, NATO is vigilant in the Baltic Sea region, and Allies have increased their presence. We have stepped up our exercises and deployments and for the first time ever, a US Amphibious Ready Group has been placed under NATO command.”

He added: “Finland and Sweden’s membership would also strengthen the close bonds between NATO and the European Union. European security and transatlantic security are deeply intertwined. Today, close to 600 million Europeans live in a NATO country and 93 per cent of the EU population is protected by NATO.

“The ever-closer coordination between NATO and the EU has been critical for dealing with the current crisis.”

Ukraine’s President Volodymyr Zelensky spoke to the Davos Forum virtually on Monday, May 23, where he called for “maximum” sanctions against Russia.

“This is what sanctions should be: They should be maximum, so that Russia and every other potential aggressor that wants to wage a brutal war against its neighbour would clearly know the immediate consequences of their actions,” the 44-year-old said.