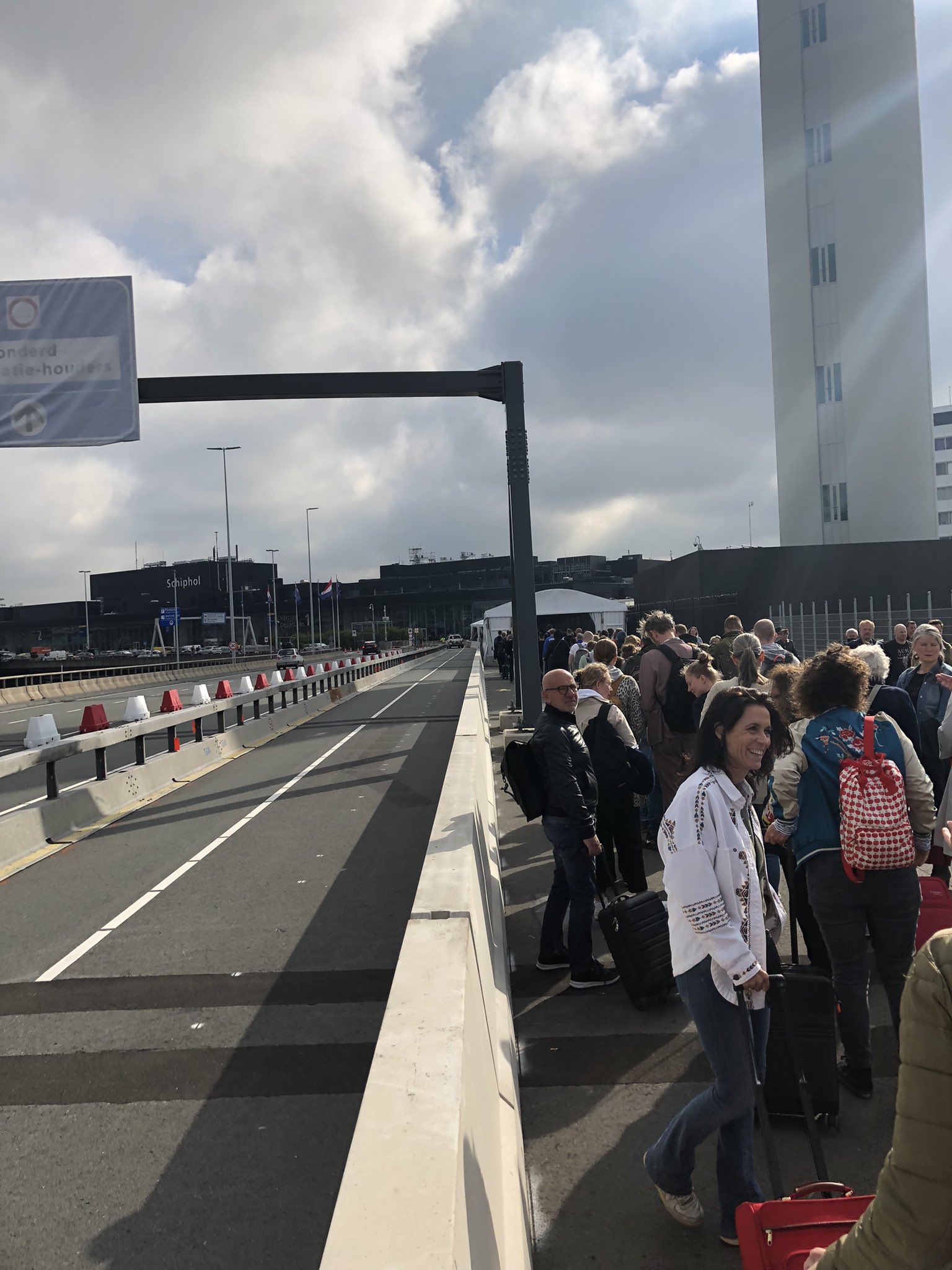 Schiphol has warned that delays and queues will continue throughout the summer due to ongoing staff shortages.

According to news site NH Nhieuws, the airport management have said they are struggling to gear up to cope with the increase in passengers as the number of flights returns to normal.

The shortage of staff that is affecting the airport, and others across Europe including the likes of Heathrow and Manchester, has led to long queues at check-in desks and airport security. Baggage handling is also said to be affected.

A spokesperson told nu.nl: “Up to and including the summer it will be a similar situation to during the May holidays,” referring to the delays over the weekend of the 22 May and Wednesday, May 25..

In a familiar story at other airports, queues were said to be out of the building, with dozens of flights either cancelled or moved to other airports.

Erik Maas, a spokesperson for Trade union CNV, told local broadcaster NH Nieuws the situation is so serious that extra help is needed to make sure no-one gets hurt. He said: “We are getting worrying signals.’

The union would like to see extra border police brought in at peak periods to “de-escalate” the situation as and when necessary.

A security official, NH Nieuws spoke to said: “Passengers have been waiting in the queue for hours and then just as they get to the front, we close the lane.

“Then people start shouting, whistling and hitting against the windows.”

Another commented that sometimes large groups of people force their way forward. “There is no way of controlling these groups.”

Junior Defence Minister Christophe van der Maat, responding to calls to bring the army in to help, said that soldiers will not be deployed to diffuse problems at Schiphol. “It is not up to the army to come and sort out the mess.”

“Particularly not if the private sector should be doing it.”

Staff shortages in the airline industry remain acute with little sign of any improvement, and that could mean queues are a feature of summer travel in 2022.